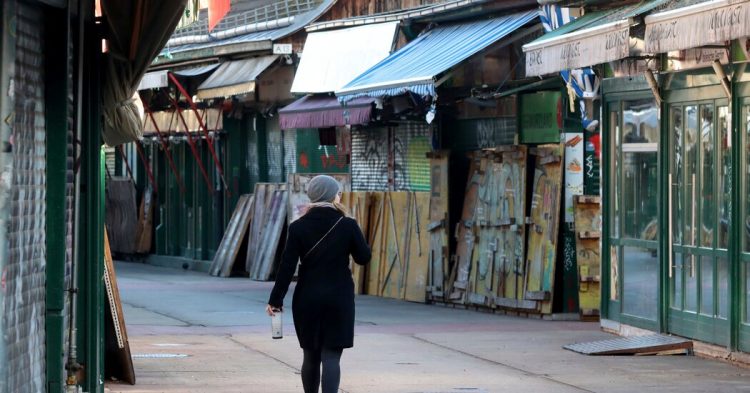 Austria entered a third lockdown on Saturday, with all nonessential shops and schools to remain closed for three weeks and movement to be restricted, after the country eased restrictions in mid-December to allow for preparations ahead of the Christmas holiday.

Until Jan. 24, people in Austria are only allowed to leave their homes for work, shopping or to exercise outdoors, and personal contacts are limited to no more than two households.

“This is our chance to avoid a third wave, or at least do everything we can so that it does not hit us as hard, as it would have without this effort,” Chancellor Sebastian Kurz told public broadcaster ORF in an interview on Saturday.

Ice skating rinks and ski lifts in the alpine country will remain open despite the lockdown, but operating at half capacity and with distancing requirements. Nevertheless, the ski area closest to Vienna saw crowding on Friday that led to authorities closing off some sledding runs and setting up more barriers in the areas around the lifts to better enforce distancing rules.

Some ski areas are requiring people to register when they purchase a lift ticket, as a means of controlling the number of people using the lifts and preventing overcrowding.

On Sunday, Israel is also set to enter its third weekslong lockdown following a sharp increase in positive coronavirus test results over the past week. Israelis will be barred from traveling more than 1,000 meters beyond their homes except those participating in protests, receiving a vaccination or fulfilling any other task on a list of exemptions, the government said in a statement on Friday.

Museums, malls, national parks, zoos, salons and many other places will be shuttered, but some schools will remain open, the government said. The lockdown is slated to go into effect about a week after Israel started vaccinating people against Covid-19. As of Saturday, more than 200,000 had already received the first dose of the Pfizer vaccine.