Avian influenza cause of death of 2,401 migratory birds in Himachal Pradesh: Report 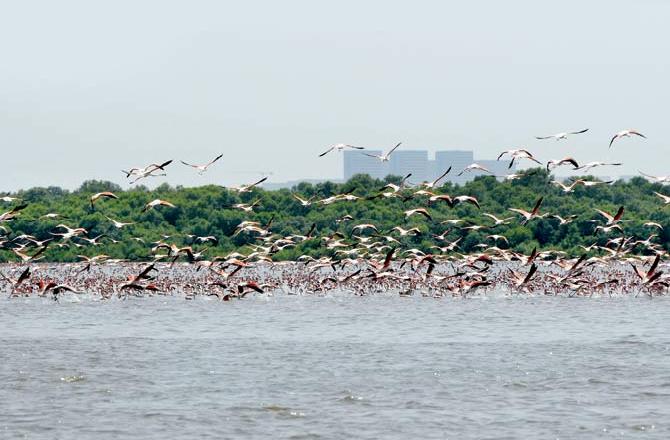 With the death toll of migratory water birds rising to 2,401, and almost half of them being endangered bar-headed goose visiting the Pong wetlands, Himachal Pradesh wildlife authorities on Monday said that avian influenza (H5N1) was the cause.

The dead included a little white-fronted goose that was visiting the Pong wetlands alone for the past three years.

Principal Chief Conservator Forest, Wildlife, Archana Sharma told the media here that 628 dead birds were found in the Pong catchment area on Monday. “With them, the total number of birds that lost their lives rose to 2,401.”

A communication of the ICAR-National Institute of High Security Animal Diseases (NIHSAD) based in Bhopal said all the five birds sent it tested positive for H5N1 avian influenza virus by real time RT-PCR tests.

Chief Conservator Wildlife of Pong wetlands — one of the largest in northern India, Upasna Patyal, told IANS that carcasses had been sent to different laboratories to determine the cause of death.

The local administration has already sounded an alert by banning all the human activities within 10-km radius of the Pong wetlands in Kangra district.

The bird flu can spread to human beings and turn fatal.

Besides the bar-headed goose, the other species were the shoveler, the river tern, the pochard and the common teal.

Some birds — including the bar-headed goose — were seen acting strangely before their deaths, Patyal said.

“When you’re seeing that birds are not able to take the flight despite healthy wings, it’s really disturbing. At some distance, you find their carcasses,” she said.

The bird carcasses were sent to the Indian Veterinary Research Institute in Bareilly, the Regional Disease Diagnostic Laboratory in Jalandhar and the Wildlife Institute of India in Dehradun to know their cause of death.

The Rajasthan government last week sounded an alert after confirmation of avian influenza in crows that died in Jhalawar district. Indore in Madhya Pradesh has also reported death of crows.

The mass mortality of poultry birds was reported at one of the largest poultry belt at Barwala near Panchkula in Haryana.

According to the Bird Count India, a partnership comprising organizations and groups, over the past seven to 10 days, there have been reports of wild birds dying in separate incidents at different locations in the country.

That wild birds die is not necessarily worrying. But it is possible that some of these recent deaths are out of the ordinary, with large numbers dying or reports of diagnoses of H5N1 (avian influenza).

At the moment, no one knows whether these are causes of larger concern, but it is worth keeping an eye on the situation, it said.

“If you encounter a wild bird that is dead or dying, do not approach it, and under any circumstances do not touch it given the possibility (however small) that it might be infected with avian influenza. H5N1 is a highly contagious virus that can cause severe illness in people,” it warned.

“We are getting reports of death of birds in nature across India. It’s likely to be a disease because the deaths are occurring in multiple locations involving multiple species. It is a dangerous situation and needs multi-stakeholder intervention on priority,” he said.

According to the Bombay Natural History Society (BNHS), the Pong wetlands are the one wintering grounds in the globe to hold such a large congregation of bar-headed geese.