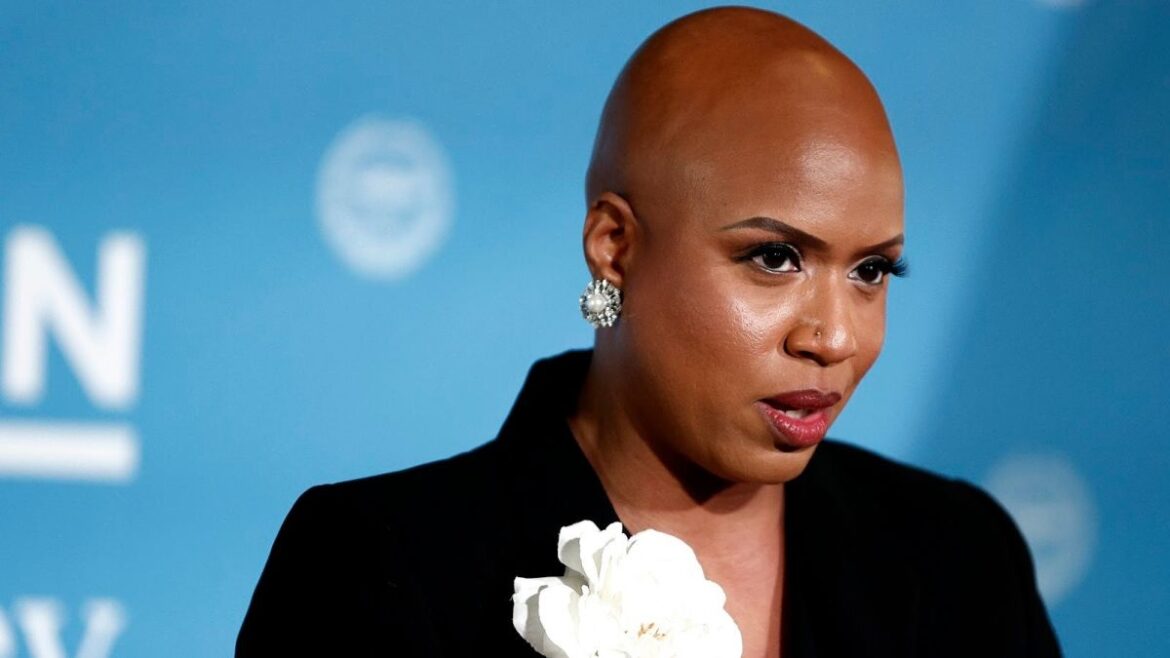 Ayanna Pressley is, as we’re led to believe they say where she’s from, wicked smart.

The Congresswoman from Massachusetts’ 7th District convinced her colleague, Ilhan Omar, to make a bet that the representative from Minnesota’s 5th couldn’t win on Saturday night, as the Boston Pride and Minnesota Whitecaps faced off for the Isobel Cup in Brighton, Mass.

As it was, the Pride won, 4-3, and that means Omar will be sending Pressley a box of pastries from Minneapolis’ Glam Doll Donuts, and wow if that’s not a prize. (To the proprietor of Glam Doll Donuts, do you mail donuts? Your donuts look amazing. Hit us up.)

But why was this a sucker bet for Omar? Had the Whitecaps pulled off the comeback — and they did stage a furious comeback — Pressley was offering a baker’s dozen bagels… from Porter Square in Cambridge. Boston bagels! What’s next, Cori Bush betting a large St. Louis pizza on a Cardinals-White Sox World Series and getting back a spread of Portillo’s if the Redbirds win?

Turnabout in municipal sports betting is fair play. In 2008, Michael Bloomberg, then New York’s mayor, made a Super Bowl bet with Boston counterpart Thomas Menino in which either the Big Apple would receive New England clam chowder for a Giants win, or, if the Patriots won, be allowed to export Manhattan clam chowder to Massachusetts.

Either way, New England’s perfect season was getting spoiled in that Super Bowl. It just wound up happening in the Super Bowl instead of the soup bowl. Boston made out great, with all of those other titles and never having to see a ladle of Manhattan clam chowder anywhere near the Hub.

(To the proprietor of Bagelsaurus: Your bagels actually look delicious, and your bagel dinosaur logo is one of the best logos ever designed for anything. And, yes, this was very cool — all of that was just a bit from a lifelong New York bagel snob, and the fact that you have bialys makes you way more legit than a lot of the places down here these days.)

(That wasn’t a bit about St. Louis pizza or Manhattan clam chowder. That stuff is gross.)

The longest game in NCAA men’s hockey tournament history went five overtimes, finally wrapping up at 12:42 a.m. Central in Fargo as Luke Mylymock lifted Minnesota-Duluth over number one seed North Dakota, 3-2, earning a trip to the Frozen Four in Pittsburgh.

Bulldogs coach Scott Sandelin leads Duluth to a fourth straight men’s Frozen Four, while earlier in the day, Sandelin’s son Ryan only needed one overtime to find the net for Minnesota State, which beat Quinnipiac to advance to the Loveland (Colo.) Regional final on Sunday.

Amy Klobuchar was into it, but didn’t have a counterpart for a bet because North Dakota’s John Hoeven was busy looking like a creepy weirdo at the Mexican border. (Hoeven’s own office released that picture. Why?) The Peace Garden State’s other senator, Kevin Cramer, also is an ass.

Qualifying for NASCAR’s race on dirt at Bristol was rained out, meaning Kyle Larson will be on the pole Sunday — though really likely Denny Hamlin if Larson, as expected, drops to the back of the field after changing engines.

The NASCAR trucks did make it out on the track Saturday, and, the racing conditions were, uh, difficult.

The truck race was postponed to Sunday night, after the Cup race.

That’s it. That’s the dunk.

College basketball hasn’t been much for buzzer beaters this March, but Harrison Barnes provided one.

Too bad, so sad, Oral Roberts. And thank goodness that Cinderella story is over. Bring on Bears-Hogs and Cougars-Beavers.