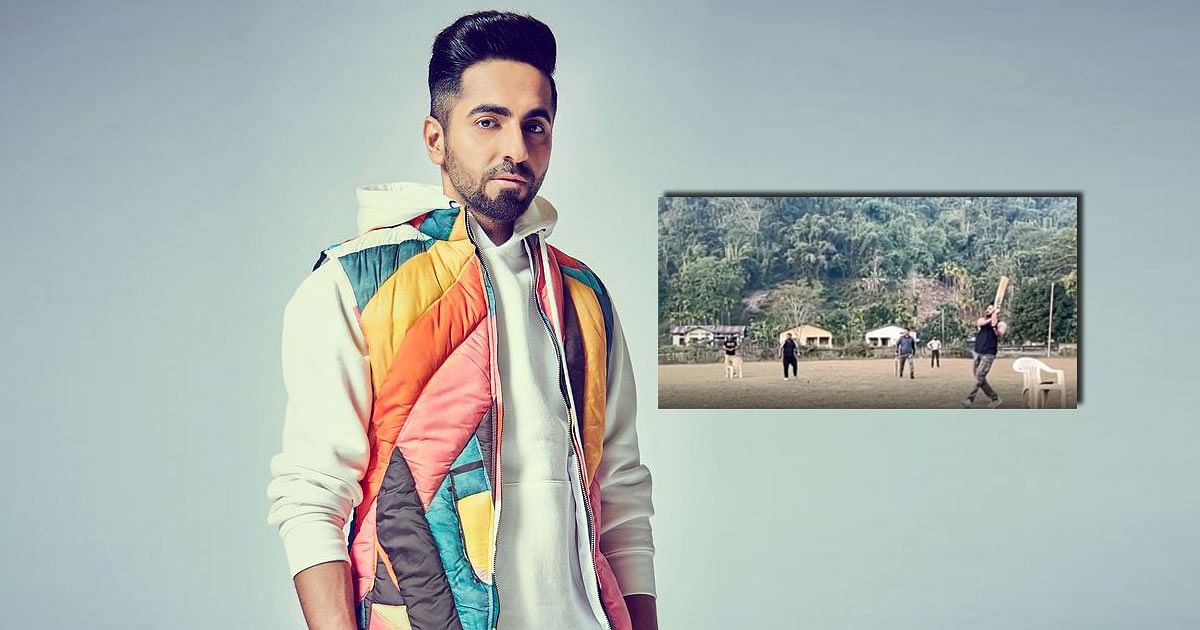 Actor Ayushmann Khurrana on Thursday offered a glimpse of his cricketing skills for fans. The actor shared a video on Instagram where he can be seen playing cricket and hitting a six.

“In between shots! #NorthEast,” captioned the actor.

Ayushmann Khurrana also shared a video of a bunch of local children cheering him, calling out his name. The junior cheerleaders smile at the camera as they clap and shout, “Ayushmann Ayushmann!”

Ayushmann Khurrana is currently shooting for an undisclosed project in Assam’s Kaziranga National Park. It is being speculated that the actor is filming a spy thriller in Guwahati. However, there has been no confirmation of the news from the actor.

Meanwhile, Ayushmann recently wrapped up the shoot of his upcoming film Chandigarh Kare Aashiqui. The love story is directed by Abhishek Kapoor and co-stars Vaani Kapoor, and was shot in Chandigarh over just 48 days amid the pandemic.

Ayushmann Khurrana will also feature in a comedy-drama titled Doctor G to be helmed by Anubhuti Kashyap.

Recently this film was in news for the leading lady Mrunal Thakur stepping out of the project. She was supposed to play the lead opposite Ayushmann Khurrana in Doctor G. The film is being directed by Anubhuto Kashyap and reportedly talks about menstrual health and sanitation. The reason for Mrunal Thakur’s exit is said to be her prior commitments.

Must Read: Rohit Shetty, Ajay Devgn & Others’ Production Houses On A ‘Mission Kashmir’

Ayushmann Khurrana Entertains The Local Kids Of Assam With His Batting Skills, Check Out!