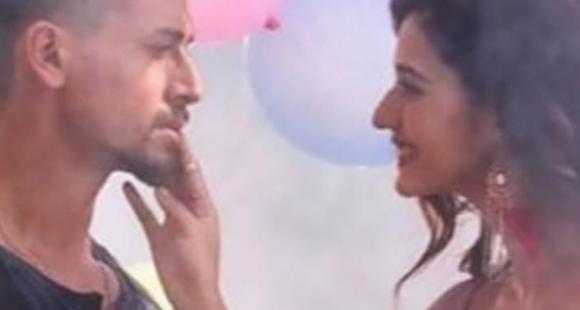 Tiger Shroff and Disha Patani took to their respective social media handles to celebrate the three years of their film Baaghi 2. Helmed by Ahmed Khan, the movie was a sequel to the 2016 film Baaghi.

Disha Patani and Tiger Shroff are not just loved for their sizzling off-screen chemistry but the two also make it for the most popular on-screen Jodi. They have worked together in Ahmed Khan’s 2018 action thriller Baaghi 2 and needless to say, their crackling chemistry in the movie was one of the main highlights of the actioner. As this blockbuster film completes 3 years of its release today, the M.S. Dhoni: The Untold Story actress and the handsome actor took to their social media handles to celebrate the film’s anniversary.

Disha took to her Instagram stories to walk down memory lane and recalled the old shooting days with Tiger. She shared a still from the movie featuring her and the War actor. In the photo, the two can be seen looking at each other. The post was captioned as, “#happy3yearsofbaaghi2.” Disha also tagged Tiger and Sajid Nadiadwala in the post. Tiger, on the other hand, also shared a couple of pictures from the film. One of them read as, “3 years of an unforgettable time and journey for me #baaghi2.” followed by a heart emoticon.

For the unversed, Baaghi 2, which was based on the Telugu film titled Kshanam, was a sequel to the 2016 film Baaghi that had Shraddha Kapoor in the lead role. After the stupendous success of the first and second installments, the makers came up with Baaghi 3 that was released on 6 March 2020.

Take a look at Disha Patani and Tiger Shroff”s Instagram posts below: Meanwhile, Baaghi 4 has also been announced and it will be helmed by Ahmed Khan who has also directed the last two installments of the franchise. This will be the third time that Tiger and Ahmed will be working together.