Baazigar To Chandni: Best 90’s Hindi Films On Amazon Prime Video To Watch As You Enter 2021 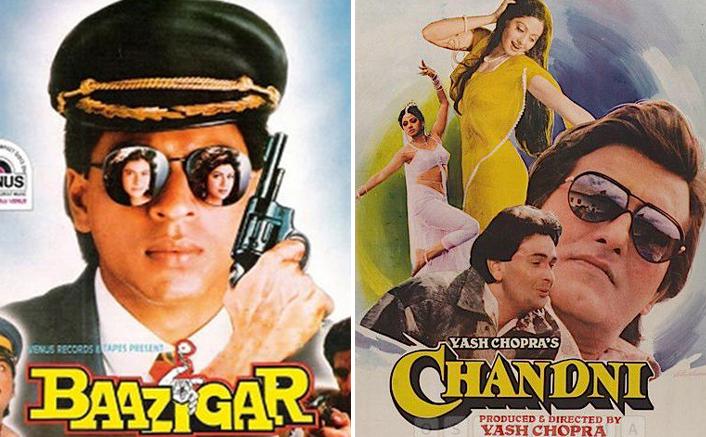 The 90s were one of the best and most entertaining decades for all Bollywood fans. The decade not just produced some of the best movies but also made us fall in love with some of the biggest Bollywood superstars we know and love today. Be it the Shridevi’s expression, SRK’s Romance, Govinda’s Comedy, Mithun Chakraborty’s dance, Rishi Kapoor’s charm or Big-B’s style -the nineties decade had it all! While we’re doing our best by staying home, many of us are missing going to the theatres and watching our favourite superstars on the big screen. However, Amazon Prime Video is here to keep you occupied and entertained with some of the most entertaining blockbusters from Hindi cinema at the comfort of your homes.

Here are some of the popular titles to watch on Amazon Prime Video now and celebrate the New Year with your family:

Shah Rukh Khan made his silver screen debut with the Rishi Kapoor and Divya Bharati starrer, essaying a second lead. The film was a massive hit, with SRK winning his first Filmfare award through his gripping performance. Deewana is a story of a singer marries his biggest fan, but his uncle plans to kill him in order to gain his money. Watch Deewana on Amazon Prime Video.

The Abbas-Mustan crime thriller stars Shah Rukh Khan, Kajol, Dalip Tahil, Rakhee Gulzar, Shilpa Shetty Kundra, Siddharth, Johnny Lever, Ananth Narayan Mahadevan and Daboo Malik, among others. Baazigar revolves around a young man with a vendetta against a business tycoon, where he seduces and kills his eldest daughter, proceeding to do the same with his younger daughter. The plot thickens as she begins to suspect her new lover’s ulterior motive. This was the first time Shah Rukh played the role of an antagonist in a film. Watch Baazigar on Amazon Prime Video.

Nagina is an award-winning Indian fantasy movie, directed and produced by Harmesh Malhotra, starring Sridevi, Rishi Kapoor and Amrish Puri in the lead roles. The film revolves around Rajni, a shape-shifting cobra who marries a civilian to avenge the death of her spouse at the hands of an evil saint. Sridevi’s portrayal of Naagin in the film is immortal and praised even today. Stream Nagina on Amazon Prime Video.

Veteran actor Rishi Kapoor who charmed millions with ‘Bobby’ & ‘Chandni’ has secured a special place in our hearts. The chocolate boy who made us fall in love with is cable knit sweaters and boyish smile was amongst the most celebrated actors of Bollywood industry. Chandni is one of the best movies that the versatile actor, Rishi Kapoor has worked for. CHANDNI is a classic Yash Chopra love story, softly lyrical, throbbingly beautiful and filled with exquisite locales, lilting melodies and the sound of three hearts hopelessly in love. The story of the film focuses a love story, which is destructed by one cruel stroke of fate, Chandni (Sridevi) faces life alone, her heart and her dreams shattered as Rohit (Rishi Kapoor) disappears from her life. When she meets Lalit (Vinod Khanna) who is fighting the demons of tragic memories, they both find solace in this new friendship. Lalit’s affection gives a new direction to Chandni’s life, but Lalit is falling for her and Chandni resigns to destiny, till one day, Rohit knocks on her door. Fans can watch Chandani on Amazon Prime Video.

Agneepath has grown into a strong cult film over the years with Mithun Da receving an award for the best actor in a supporting role. The movie depicts the life of a young boy, Vijay (Amitabh Bachchan), whose father gets brutually lynched by a mobster Kancha Cheena. It’s a journey of his quest for revenge, which leads him to become a gangster as an adult. Left to die, he is discovered by Krishnan Iyer M.A. (Mithun Chakraborty) who transports him to hospital and saves his life. Watch Agneepath on Amazon Prime Video.

Lawrence Dsouza’s directorial released in 1993 features a stellar cast, including Ajay Devgn, Ayesha Jhulka and Amrish Puri in the lead roles alongside Karisma Kapoor and Danny Denzongpa. The film is a story of enmity between 2 fathers Danny and Amrish Puri and revolves around the love triangle between Karisma, Ajay and Ayesha Jhulka. The film is a complete amalgamation of stupendous fight sequences, comedy, college romance and brilliant songs which makes it’s a perfect entertainer. Watch Sangram on Amazon Prime Video now.

The story revolves around three brothers, who are separated and united after many years – one is brought up a Hindu, another a Muslim and the last a Christian. Hilarity and adventure ensue. The role of Akbar, played by Rishi Kapoor is one of his famous works in his Industry Career. He has always been a chocolaty boy of the era and he truly did justice to the Character. Fans can watch Amar Akbar Anthony on Amazon Prime Video.