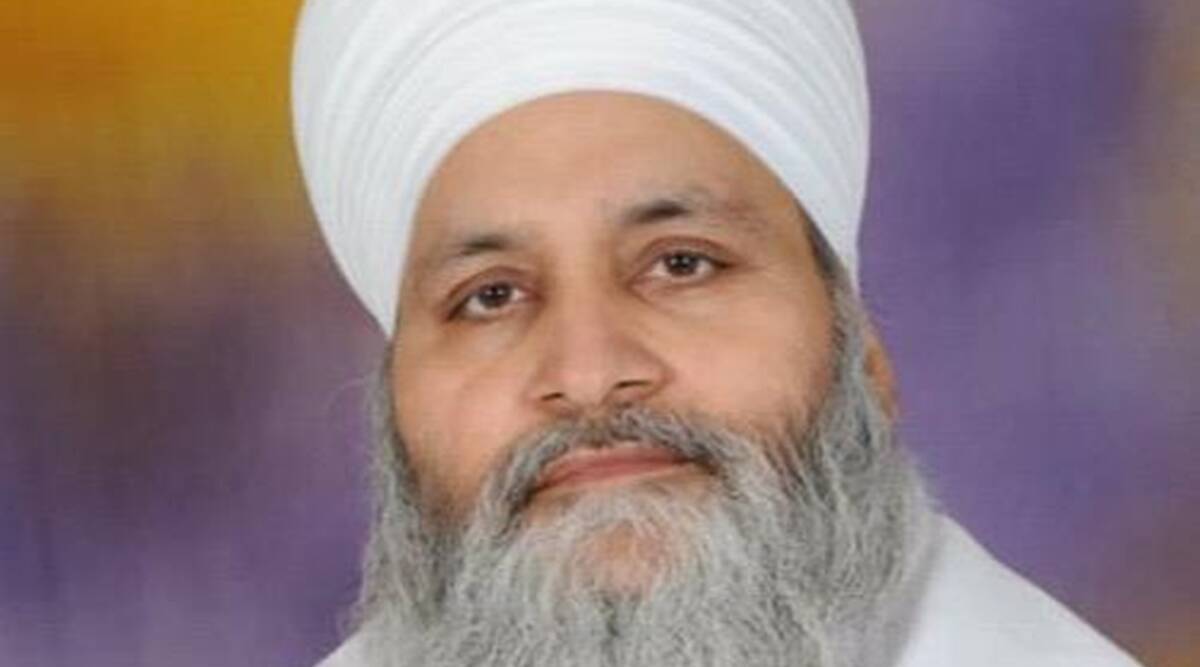 Baba Ram Singh died of a bullet injury Wednesday at Kundli near the Singhu border of Delhi.

With thousands thronging Singhra village gurdwara to attend cremation of Baba Ram Singh, his followers say “his sacrifice will fuel the farmer agitation further with his maximum following coming from farming community”.

The Sikh preacher died of a bullet injury Wednesday at Kundli near the Singhu border of Delhi. His associates say that he shot himself with his licensed revolver. In a purported suicide note, he had expressed pain over the plight of farmers protesting against the Centre’s farm laws.

For the past two days, the mortal remains had been kept inside the gurdwara where followers paid last tributes. Amid a shower of flowers, his body was brought to the gurdwara complex where the last rites were performed. A police team was also present but mainly to look after the traffic arrangement.

A follower of Baba Ram Singh’s Nanaksar sect, Navdeep Singh, 34, had come from Habdi village of Kaithal district. “If we see history, we will find that such sacrifices never go in vain. There will be a revolution in this agitation too now. The government has to bow down by withdrawing three farm laws within 5-10 days,” said Navdeep Singh, who has masters degree in economics from Chandigarh’s Panjab University. Navdeep said Baba Ram Singh had followers across the religious and caste lines but admitted that a majority comes from Sikh community. “We feel he has given sacrifice for the ongoing farmers’ agitation,” said Navdeep adding that he always attends main religious functions of the sect which are held here in April and October every year.

A farmer from neighbouring Jlala village, Gagandeep Singh, 33, said, “Baba Ram Singh has sacrificed his life for farmers like us. We have not cooked food at our homes for the past two days.”

Echoing similar sentiments, Gurmej Singh of Nissing said that sentiments of people in support of the protesting farmers are growing day by day. A youth from Singhra village, Gursevak Singh said, “You have seen how thousands of followers came to the gurdwara here. The anger is further spreading among the farmers.”

BKU (Doaba) leader Manjit Singh Rai also said that “the sacrifice by Baba Ram Singh won’t go in vain”. He called upon the farmers to boycott BJP leaders accusing the saffron party of communal politics. “If anybody opposes policies of BJP, it starts terming them as terrorists or Naxalites,” he added.

Bibi Jagir Kaur, who was one among few religious leaders who addressed the followers, said the central government should accept the demands of protesters immediately because the “annadata” is sitting on the roads amid cold wave. “Farmer and farmers’ agitation becomes stronger whenever any sacrifice takes place. It would be a scar on Indian government if it doesn’t bow down by accepting farmers demands. Then it would be called a government of cruels,” she said while talking to The Indian Express.

Hooda said the government should learn a lesson “from the sacrifice of Baba Ram Singh and accept the demands of agitating farmers as 22 farmers have lost their lives in 23 days”.

“The demands of the farmers are justified and the government should accept them as soon as possible. This will be a true tribute to the sacrifice of Ram Singh Ji and all the martyred farmers. The government should not test the patience of farmers,” he said.

“The farmers are sitting peacefully, braving bitter cold under the open sky on the borders of Delhi but the government is not troubled by this. The heart of every Indian is pained by the troubles and suffering of the farmers, yet the government is adopting a stubborn and obstinate attitude. A democratically elected government, elected by the people, should not take a stubborn attitude and there is no place for stubbornness in a democracy,” he said.