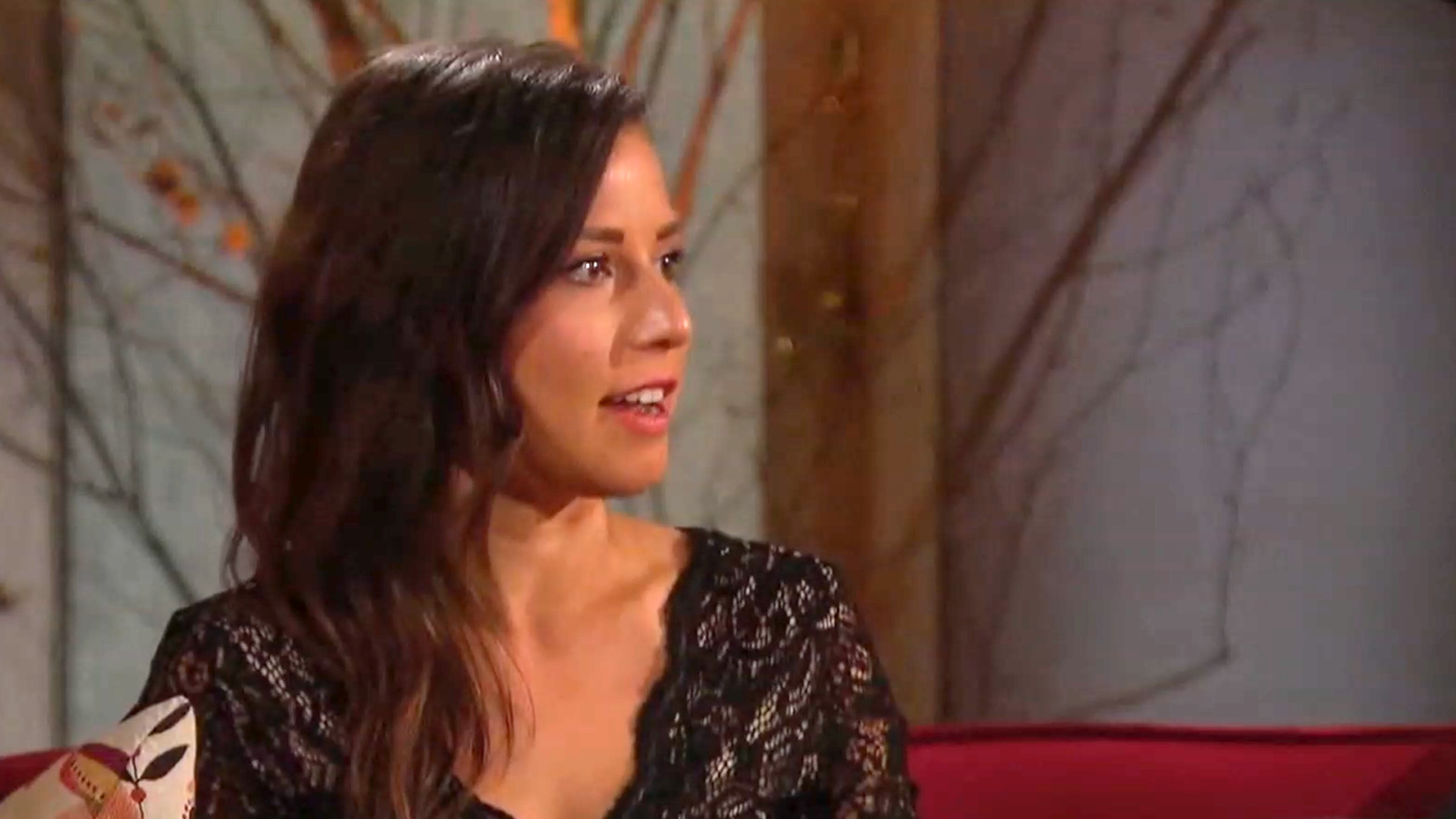 Bachelor Nation’s new favorite contestant, Katie Thurston, continued to gain even more love from viewers at home Monday night, when she called out the women in the house who were being toxic and rude.

Following former frontrunner Sarah Trott’s surprise exit at the end of last week’s episode, Katie made a lasting impression on viewers for her grace and maturity, when she reminded the rest of the women to stay classy. However, this season’s “villain,” Victoria Larson, wasn’t having it as she referenced Sarah, stating, “The trash took itself out.”

“Can you stop, seriously,” Katie told Victoria. “She’s gone. There’s no point to keep talking about her or saying negative things.”

Cut to the new week of The Bachelor, Katie found herself standing up to the women again, this time for being rude to the four new girls introduced into the house and competition for Matt James’s heart.

“I get it, we’re entitled to our feelings, but at the end of the day, they live with us, and I would hate to be on their side of this. And so the continuous, like, digs, at some point, we gotta kind of get over it and welcome them into the house a little bit,” Katie told the women.

Katie’s empathy and moral compass was not lost on viewers, who doubled down on their wish for Katie to become the next Bachelorette.

Meanwhile, Anna Redman emerged as another villain alongside “Queen” Victoria, as she spread a serious rumor about new contestant Brittany Galvin, saying she was “an escort.”

Brittany stated, “There is a rumor, because she knows all of the rich men in Chicago, that Brittany may be an escort. She may be having a transactional relationship with wealthy men.”

Despite attempting to defend the women being bullied, Katie ultimately decided that the environment in the house was just way too toxic, and the best thing to do was to bring in the big gun – Bachelor Matt.

“I’ve tried my best to stand up, you know, being the devil’s advocate when things are being discussed and it just isn’t really working. But Matt, he doesn’t know anything about it, and I think he’d be pretty shocked to hear the things that they’re saying, and I’m gonna let him know,” said Katie.

Katie then took it upon herself to find Matt to tell him, “It would probably be a good time to address some of the bullying that’s kind of been happening in the house.”

Katie continued, sharing, “It’s hard for me to keep trying to stand up for these women when we have this, like, mob mentality. The house just needs to be better. It’s just a toxic environment, and there’s some pretty bad rumors that are starting about the new girls that literally could ruin their lives.”

The episode concluded with Matt stating, “When Katie mentioned that the bullying rumors could potentially ruin this woman’s life I had to take a step back, because for me, it’s bigger. Now it’s bigger than our relationship. It’s their family, it’s their career, and I don’t want that for anybody. Who’s spreading these rumors, and why? And the fact that somebody in the house thinks that they’re gonna be able to bully their way to my heart? That’s not how it works. It’s not something that I want to be a part of this journey, and I need to get to the bottom of it, so better believe I’m gonna bring it up.”

The Bachelor airs Mondays at 8 p.m. on ABC.

Watch former ‘Bachelor’ frontrunner Sarah Trott exiting the show after being ‘completely attacked by so many of the women’:

'Bachelor' contestant praised for standing up to bullying from other women

X
Shilpa Shetty confuses ‘Republic’ with ‘Freedom’, gets t…EntertainmentIndia is celebrating its 72nd Republic day in muted galore amid the COVID-19 pandemic. Taking to Twitter to wish her fans and followers, Bollywood act…
close