Home News Back from UK 8 test COVID-19 positive, 1 missing in UP

Back from UK 8 test COVID-19 positive, 1 missing in UP 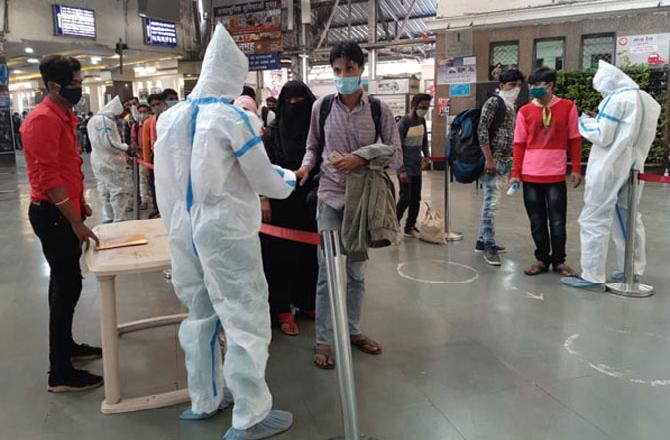 With eight of the 609 UK returnees, who were tracked and tested in Uttar Pradesh, testing positive to Covid-19, the Yogi Adityanath government has pressed the panic button. Out of the eight positive patients, one has been reported missing.

Even though the strain of the virus is yet to be identified, the state government is not taking any chances.

State Chief Minister Yogi Adityanath has directed officials to maintain the effective system of contact tracing and surveillance. He said that the arrangements of the Covid-19 hospitals should be up-to-date and senior doctors should take regular rounds of Covid-19 wards.

Adequate availability of medicines, medical equipments and oxygen, including backup, should be ensured in Covid-19 hospitals and the testing work should be conducted with full capacity. He has further asked the nodal officers to visit districts and monitor the situation.

It may be recalled that the Centre had provided a list of 1,655 persons who had returned from or via the UK to the state.

“Of these, 1,087 have been tracked. 609 have been tested of whom eight were found to be positive,” said additional chief secretary, health and family welfare, Amit Mohan Prasad.

He said that the samples of these persons had been sent for genome sequencing.

“It is not clear whether the old or the mutant strain caused Covid-19 in them. Therefore, their samples have been sent for genome sequencing. The report is expected soon,” he stated.

According to health sources, three of these patients are from Meerut while two each are from Ghaziabad and Gautam Buddha Nagar districts. Those from Meerut had travelled to London and came back to India on December 14. The travel history of others has not been revealed.

One of the city residents with a travel history to the UK between December 9 and 22 is yet to be traced, even four days after the identification.

“One traveller could not be traced as his mobile phone is constantly switched off. The residential address given by him in documents reads Kathauta in Lucknow but the exact location is vague,” an officer said.

Sources confirmed that the samples had been sent to CSIR’s Institute of Genomics and Integrative Biology, New Delhi.

Amit Mohan Prasad also said that seven of the eight positive persons were undergoing treatment in the state at the special international ward set up by the state health department while one was under treatment in New Delhi’s Lok Nayak Jai Prakash Narayan Hospital.

Officials are worried over the lack of support from some of these returnees who have switched off their phones.

“Several districts have reported that the returnees have switched off their phones which is not good. The state government is getting them tested in their individual interest besides ensuring the well-being of everyone else. They must come forward and cooperate in public interest,” said Navneet Sehgal, Additional Chief Secretary, information and public relations department.

Health officials said that the state’s recovery rate had reached 95.8 per cent.

A scrutiny by district health officers found that 22 travellers had given their permanent addresses in Lucknow but were found to be living in other districts of the state.