Bajrangi Bhaijaan’s Munni aka Harshaali Malhotra is all grown up, shares Diwali pictures 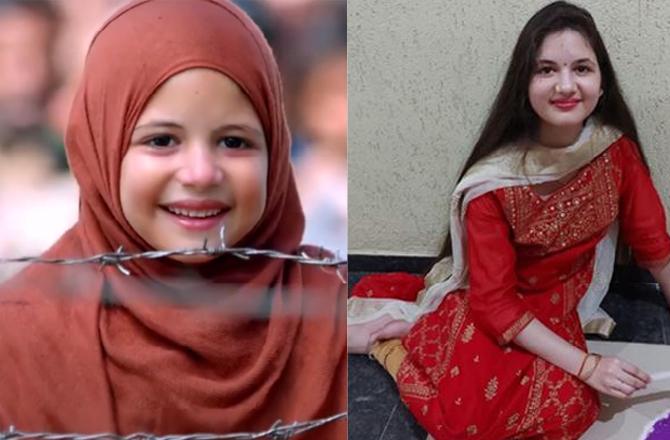 In 2015, Kabir Khan made Bajrangi Bhaijaan with Salman Khan, Kareena Kapoor Khan, and Nawazuddin Siddiqui. But for a lot of people, it was Harshaali Malhotra as Munni, the mute girl stranded in India, an alien land, who was the star of the show. Her naïveté and piquancy, accompanied by endearing and expressive eyes, made her one of the most memorable characters of the year.

It has been more than five years since that blockbuster and now, taking to her Instagram account, Malhotra shared some pictures from her Diwali celebrations and Bhai Dooj and Munni is all grown up.

She also shared some Bhai Dooj pictures, have a look right here:

In an interview with Times of India back in July, she recalled her days of shooting with Khan, how he used to take care of her, and also revealed how she has been spending time at home during the lockdown. She first spoke about the aftermath of the staggering success of the drama and said, “There have been a lot of changes in my life after the film released. Wherever I go, people ask for photographs and autographs. I have always dreamt of becoming an actress. So I love all the attention.”

She then went on to speak about her experience of working with Salman Khan! This is what she had to say, “I had a great experience with Salman uncle. He used to play with me, we used to go for ATV rides also. He even played table tennis with me on the sets. He used to make me feel comfortable. We did a lot of masti on the sets.” On being asked if she is in touch with the superstar, Harshaali said, “Yes I am in touch with Salman uncle but not on a regular basis. He is very busy with his work.”

Salman Khan has been working in the Hindi film industry for the last 32 years, but when quipped about her favourite film of the star, Malhotra stated, “I have watched a lot of films of Salman uncle. But amongst all, I like his film Kick. And it was only after watching that film that I said that I want to shoot with him.”

And how has the actress been spending her time at home during this lockdown? She said, “I am very bored at home. We can’t even go anywhere. Even my dance classes are not happening. I am only attending my school’s online classes.”