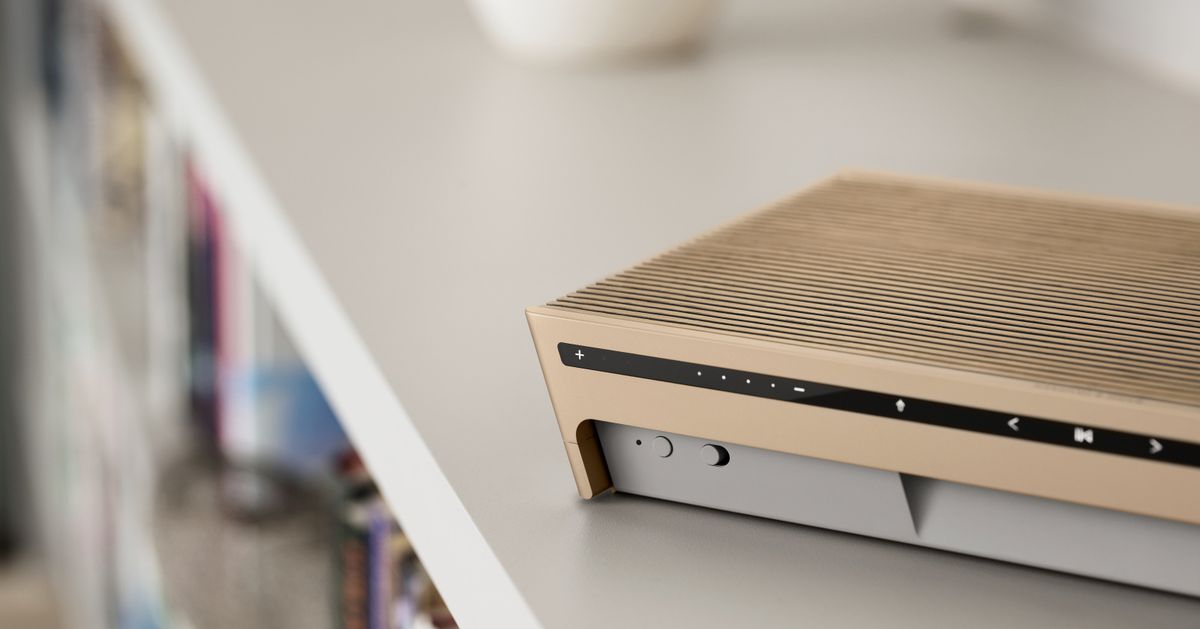 Bang & Olufsen’s Beosound Level is the Danish brand’s latest battery-powered connected speaker. It supports voice controls via Google Assistant, Bluetooth, and you can also stream to it via the AirPlay 2, Chromecast, and Spotify Connect standards. B&O says the Beosound Level uses a modular construction that it claims will make it usable far into the future. It’s a welcome feature, considering the speaker’s high $1,499 (£1,099) starting price.

While many stereos and amplifiers from the middle of the last century can still be used today, the average lifespan of modern integrated audio systems is far shorter. If your music system contains a computer, then it’s inevitable that it’ll eventually become outdated. B&O’s hope is that the modular design it’s using for the Beosound Level will help the company keep it supported for longer, as well as making it easier to repair when components fail.

Central to this modularity is the Beosound Level’s streaming module, which houses the speaker’s digital signal processing (DSP) chip, wireless connectivity tech, and antenna array. It’s B&O’s first speaker to use it, but the company says it won’t be the last; it’ll be standardized across its future lineup of home speakers. B&O says there’s enough processing headroom in the hardware that ships with the Beosound Level that it should be able to handle updates in the immediate future. But when the hardware reaches its limit, the company plans to offer an upgrade service for users who are prepared to send their device in to the company to have the streaming module replaced.

The Beosound Level’s battery is also modular, and unlike the streaming module, it’s user-replaceable. However, its form factor won’t be standardized across B&O’s speaker lineup, so replacing it will require a battery made specifically for the Beosound Level. Battery life is rated at up to 16 hours with volumes at moderate levels, dropping to four hours at max volume.

Other features include a built-in accelerometer that allows the Beosound Level to adjust its sound depending on whether it’s standing vertically, horizontally, or hanging on a wall. (A wall bracket is available separately for $119, or £89.) Internally, the speaker has five drivers: two 4-inch woofers, one 2-inch full-range driver, and two 0.8-inch tweeters.

Charging is either handled via a USB-C port on the speaker itself or by attaching a small magnetic plug (which is powered over USB). The speaker has an IP54 rating for dust and water resistance, touch controls, and it’s available with wood or fabric finishes.

We’ve seen companies try to take modular approaches with their devices before, but success has been elusive so far. Modular smartphones have never really gotten off the ground, and Alienware’s promises about a modular future-proof laptop fell apart after just one year. Bang & Olufsen tells me it hopes to support the Beosound Level for years after it eventually stops producing the speaker, so it might be some time before we see if it’s able to deliver on its goal.