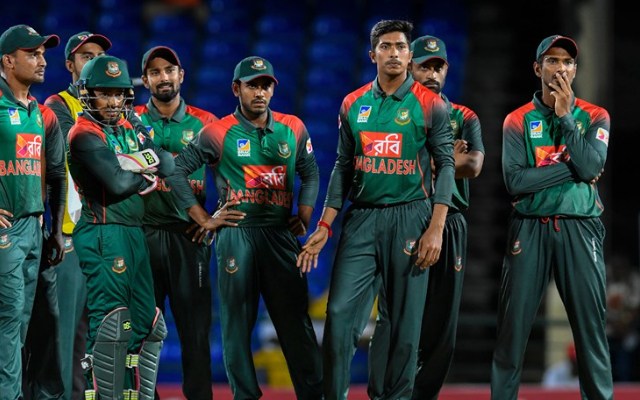 Bangladesh have announced a 20 man squad for the tour of New Zealand scheduled to get underway on March 20. Shakib Al Hasan’s name was missing from the squad since he’ll be on paternity leave for the birth of his third child. In Shakib’s absence, Bangladesh have named Mosaddek Hossain in their side as a like for like replacement who last featured for the Maratha Arabians franchise during the T10 League in Abu Dhabi.

Tamim Iqbal will continue leading the side in the limited-overs cricket as he was announced as ODI captain of Bangladesh after Mashrafe Mortaza stepped down as ODI captain post-Zimbabwe series in March 2020. Nasum Ahmed is one of the new picks in the squad who is yet to make his international debut, the selectors named him ahead of Taijul Islam since they want him to focus more on cricket.

Apart from Tamim Iqbal, Bangladesh will have the services of their senior players Mushfiqur Rahim, Soumya Sarkar and Mahmudullah Riyad for the duration of the entire tour. The pace bowling department consists of the likes of Taskin Ahmed, Al-Amin Hossain, SHoriful Islam, Hasan Mehmud, Mohammed Saifuddin, Mustafizur Rahman and Rubel Hossain.

Bangladesh’s tour of New Zealand starts on March 20 at the University Oval in Dunedin followed by which the three-match T20I series will start on March 28.