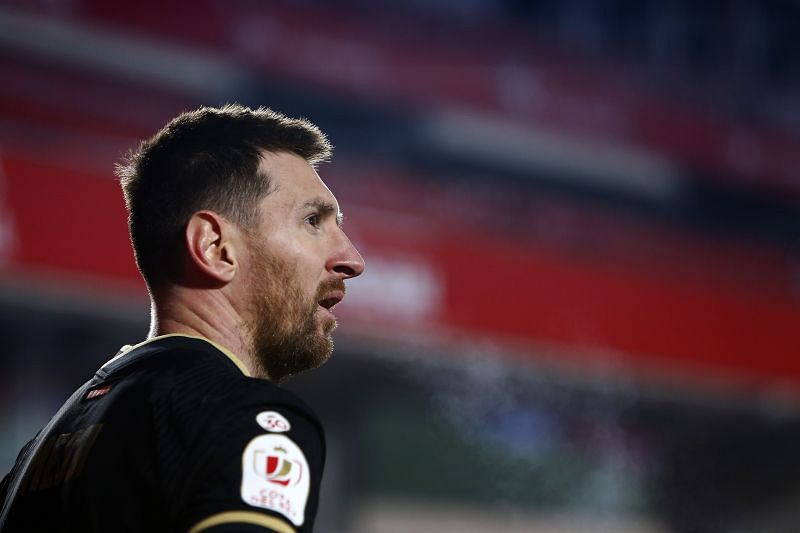 Barcelona striker Martin Braithwaite has revealed that Luis Suarez advised him on how to play alongside Lionel Messi. The Uruguayan apparently told the Danish striker that it was quite easy to play with the six-time Ballon d’Or winner.

Luis Suarez joined Barcelona in the summer of 2014 and immediately forged an unbreakable bond with fellow South America Lionel Messi. Together, the two of them ran riot through the opposition defense and became a symbol of friendship on and off the pitch. Suarez ultimately left the Camp Nou for Atletico Madrid in the summer of 2020, but by then he had appeared 283 times for the Blaugrana, scoring 198 goals.

Speaking to ESPN, Braithwaite spoke about wanting to strike up a similar partnership with the Barcelona skipper. The Dane had approached Suarez to understand how to play alongside Lionel Messi. And Braithwaite has now revealed the advice he received from the Uruguayan.

“[Lionel] Messi’s so good at setting himself up, setting his teammates up. When I first arrived [at Barcelona] I studied him and [Luis] Suarez. They’re amazing and even as a fan, I loved how they played together.”

“I was so delighted to get to play with Luis before he left. I studied their movement and tried to analyze the combination of running behind, playing the one-twos, and everything. Eventually, I did ask Luis for guidance on how they developed that bond. [He told me] ‘Messi’s a big team player. OK, he scores goals, but he also provides a lot of assists for his team. It’s not difficult playing with a guy like that.’”

Barcelona are ten points behind La Liga leaders Atletico Madrid at the moment. However, the Catalans are currently on a fantastic run of form, having won eight of their last ten games in the league. Lionel Messi, as expected, has been central to their revival, but Braithwaite’s recent performances have also helped the club’s causes.

Opta: “Lionel Messi has scored his 650th goal for FC Barcelona in all competitions (456 in La Liga), 49 of them have been direct free-kick goals (38 in La Liga). Celestial.” pic.twitter.com/nbWYzGx4zj

The Danish striker has credited Barcelona assistant manager Henrik Larsson for his improvement. The Swedish international has been working in close quarters with Braithwaite this season, which has seen the Dane score six goals from 26 games so far.

He has also shown signs of a budding partnership with Lionel Messi, but Braithwaite will have to go a long way to emulate Luis Suarez at the Camp Nou. However, his efforts on the pitch have given fans plenty of reasons to be optimistic.