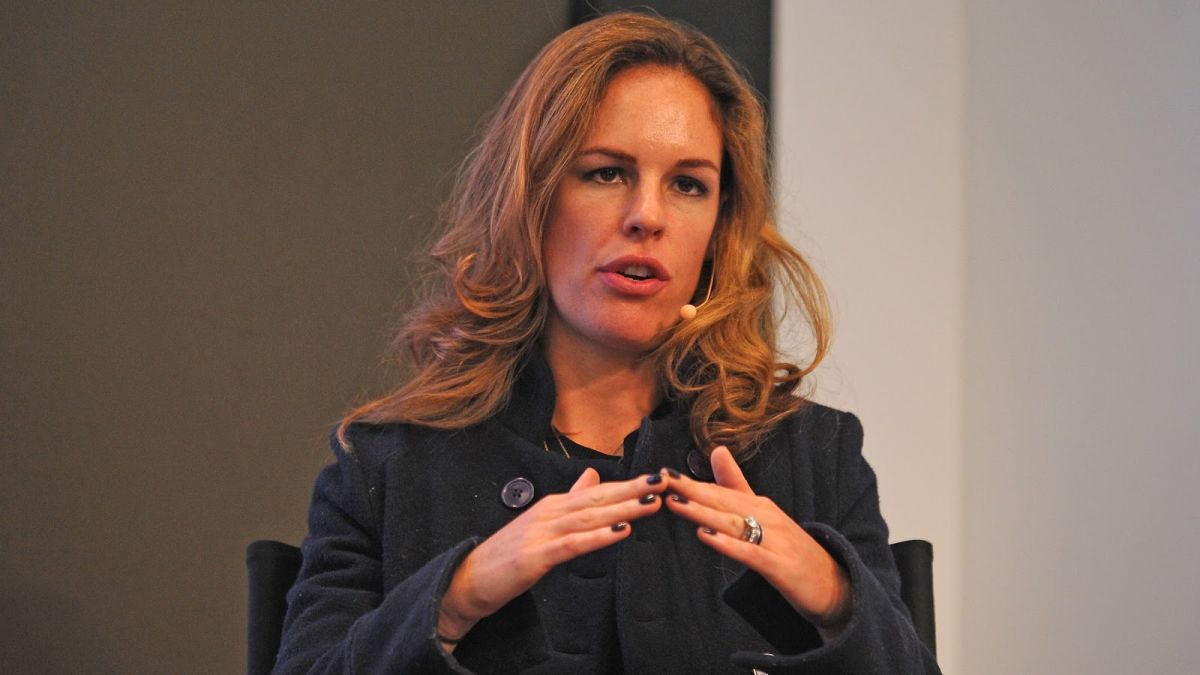 A paycheck is a paycheck. I’m sure that’s what Erika Nardini would tell anyone who questions why she’s the CEO of Barfstool. It’s what makes the world go round. We know that here very well.

Still, there’s putting out fires, which Nardini has to do a lot thanks to the detritus that the site and its employees and readers constantly release into the world. And then there’s actively firing it at targets. Nardini either doesn’t know the difference, or wants us to believe she doesn’t. And though the world definitely is idiotic, and the sports world even more so, you’d have to be just about the biggest rube imaginable to buy that. Perhaps this is what happens when Nardini works amongst and for rubes all day. She can’t see anything else.

Nardin’s latest swan dive into the septic tank of her own creation is to declare war on the NWHL while trying to claim that she’s not doing so. Or at least trying to remain above it. Nardini released this video on Twitter as more and more fans and players in the NWHL try to keep as great a distance from that bastion of farm runoff as they can.

Nardini knows what will happen here. And if she doesn’t then she’s just the most head-in-the-sand dipshit on the face of the Earth. This is a rallying cry for all the assholes, thumb-dicks, and completely bewildered that come spilling out of the woods whenever Barfstool is questioned or criticized in any way. It will be a full-on assault on anything and anyone having anything to do with the NWHL, and that’s what Nardini apparently wants. And she’ll certainly claim she can’t be held responsible when it happens, she was just making a point.

The whole video is some sort of insulting subtle, vile, threat. It touts their following, while of course making no mention of the grossness in which it engaged to get it. It holds the size of its audience over the NWHL as some sort of enticement or taunt, while suggesting the league can’t survive without it. There is an undercurrent of almost blackmail to it. Bow to us or reap the whirlwind.

Nardini also was sure to make sure that any tweet’s author was clear in view throughout the video. Again, assuredly knowing what will happen to them, or being as naive as possible. Which she can’t possibly be.

And given that the NWHL streams its games on Twitch, and the lawless backcountry wasteland that the internet can turn into, who knows what NWHL broadcasts could have to deal with in the future.

The NWHL’s hands aren’t completely clean. They’ve had players appear on Barstool podcasts in the past, though the league seems to be going out of its way to prevent that from ever happening again. Player Saroya Tinker seems to be carrying what the players’ message will be from here on out, thankfully.

Is this a fight the NWHL can win? Hard to say. But it’s one certainly worth fighting.

On to the actual games, a couple of signature performances in the NBA last night. LeBron James unleashed 46 points on the Cavs last night in a 115-108 win, which seems particularly brutal given the history there. And that wasn’t even the most poignant one of the night in the Associations. Luka Doncic put up a triple-double of 35-11-16 in the Mavs’ 117-113 loss to the Nuggets. It’s the 16th triple-double of Doncic’s career, all before turning 22. That’s more than every NBA player in the history of the league had accomplished before the age of 22. Which is … something.

Barfstool CEO Erika Nardini is either evil, the most ignorant person on Earth, or both