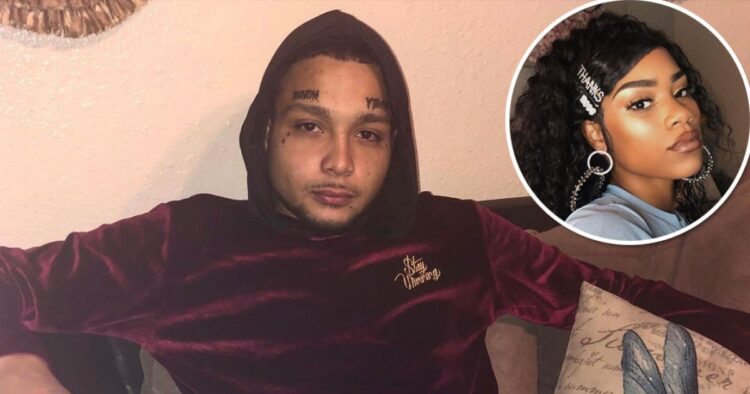 Not having it. Bariki “Bar” Smith blasted MTV for “not acknowledging him as a father” ahead of Ashley Jones’ debut on the next season of Teen Mom 2.

The network shared a teaser clip showing the sweet moment he proposed to her, while thanking Ashley, 24, for “standing by” him throughout their tough times over the years. “Surprise!” the caption read via Twitter, making no mention of Bar, 24. “@_mermaidbarbie is officially joining the #TeenMom2 family. Here is the most special look at what’s to come for her next season!”

Bar sounded off in a follow-up tweet on Thursday, April 1. “Y’all gone get enough of not acknowledging me as a father and important figure on this show,” the reality dad, who shares 3-year-old daughter Holly with Ashley, replied to the official Teen Mom account with a middle finger emoji.

Viewers will finally get to see Bar pop the question a third time, months after he shared the big news via Instagram in November 2020. “I’m marrying her y’all,” he wrote next to a video of Ashley wearing a diamond ring on her left hand.

The mom of one first appeared on Young + Pregnant in 2018 and since then, a lot has changed in her life. Ashley furthered her education, having completed a nine-month program to become a medical assistant while raising her baby girl. Bar and Ashley have also made a big turnaround in their romantic relationship.

Prior to Ashley joining the TM2 squad, Chelsea Houska made her surprising exit after nearly 11 years with the reality TV franchise. “We are forever thankful to MTV and our crew, who are like family to us,” the South Dakota resident shared in November. “We’re parting on the best of terms and will stay in touch long after this. We’re proud to have been able to share our story and are so grateful to the fans who have followed our journey from the beginning.”

It looks like we can expect a lot more from Bar and Ashley’s storyline!

A premiere date for Teen Mom 2 season 11 has yet to be announced.