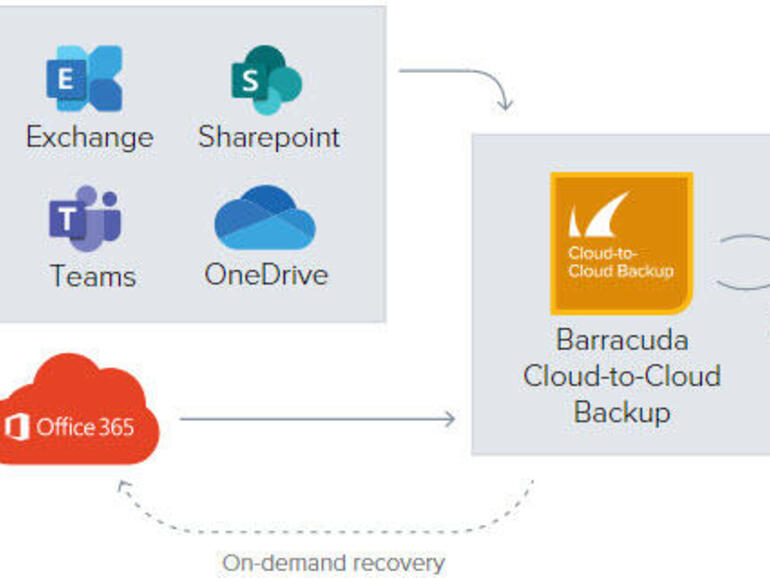 Barracuda Networks has announced a new platform designed to provide backup and restoration for all Microsoft 365 data. Built into the latest version of the Barracuda Cloud-to-Cloud Backup, the new feature is designed to work with Microsoft Teams, Exchange Online, SharePoint, and OneDrive. Barracuda touts the product as faster as well as more scalable and resilient compared with traditional backup-and-recovery solutions.

As a cloud-native platform, the backup service can run across a range of locations around the world. The product offers a fast and modern user interface and dashboard with better visibility into your backup and restoration jobs, according to Barracuda. The feature also includes a simple management tool that the company says will make it easier for OneDrive to find your backup jobs and quickly restore a specific one.

“As the workforce becomes increasingly dispersed, adopting cloud-based apps like Microsoft Teams for productivity and communication is an obvious move,” Tim Jefferson, SVP of engineering for data, networks and application security at Barracuda, said in a press release. “Protecting Microsoft Office 365 data requires a modern cloud-native approach. The new version of Barracuda Cloud-to-Cloud Backup is built and runs natively in the cloud, which enables fast set up, simple management, and no maintenance.”

The new version is generally available worldwide in the following languages: French, German, Italian, Japanese, Spanish, and English. To get further information and check out pricing for your configuration, head to Barracuda’s online configuration tool. After filling out the form, Barracuda will email you a price estimate. You can also test drive the product with a free trial version.

A Barracuda blog post and video provide more details on the capabilities and development of the new backup product. The company will also host a webinar on Feb. 3 with a live demo of the feature.

Back to Top
Close Add post
X
Windows 10 preview brings improvements to taskbar jump list, touch keyboard…WindowsA new preview build 21301, which appears to be a part of the Windows 10 fall 2021 update, is now rolling out with improvements for the taskbar-based j…