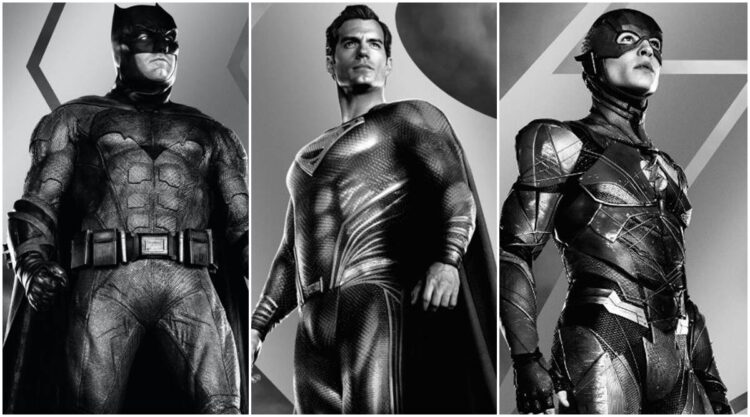 Zack Snyder has been teasing his upcoming cut of Justice League by doling out teasers for all the superheroes of the team. So far, he has released teasers for Batman, Superman, Aquaman and the Flash.

The teasers promise that if nothing else, we are going to see a lot more fleshed-out characters than 2017’s theatrical cut of Justice League. The theatrical cut, which was finished by Joss Whedon, was criticised for providing little backstory of superheroes, and only providing details of the trinity of Superman, Batman and Wonder Woman.

The teaser for Ben Affleck’s Batman showed him tackling his inner demons and eventually, one hopes, overcoming them. The Batman we saw in Batman v Superman was cynical, but after Superman’s sacrifice, his hope for the goodness of the world was renewed.

Similarly, the film will explore what Superman went through after his resurrection, his trip to the Fortress of Solitude, and how he ended up in his black suit.

Aquaman and the Flash’s teasers also promised more backstory through the footage that was not included in the theatrical version.

Zack Snyder’s Justice League, as the Snyder Cut is officially called, clocks more than four hours, as opposed to two hours of the original version.

Apart from the original’s Big Bad Steppenwolf, the Snyder Cut will also feature Darkseid as the villain. Other characters like Martian Manhunter that were left on the cutting room floor will also be a part of Zack Snyder’s Justice League.

The official synopsis of the film reads, “In ZACK SNYDER’S JUSTICE LEAGUE, determined to ensure Superman’s (Henry Cavill) ultimate sacrifice was not in vain, Bruce Wayne (Ben Affleck) aligns forces with Diana Prince (Gal Gadot) with plans to recruit a team of metahumans to protect the world from an approaching threat of catastrophic proportions. The task proves more difficult than Bruce imagined, as each of the recruits must face the demons of their own pasts to transcend that which has held them back, allowing them to come together, finally forming an unprecedented league of heroes. Now united, Batman (Affleck), Wonder Woman (Gadot), Aquaman (Jason Momoa), Cyborg (Ray Fisher) and The Flash (Ezra Miller) may be too late to save the planet from Steppenwolf, DeSaad and Darkseid and their dreadful intentions.”

Zack Snyder’s Justice League will release in India on BookMyShow Stream, BookMyShow’s streaming service, and in the US on HBO Max on March 18.