Battered Turkish Economy Puts a Powerful Erdogan to the Test 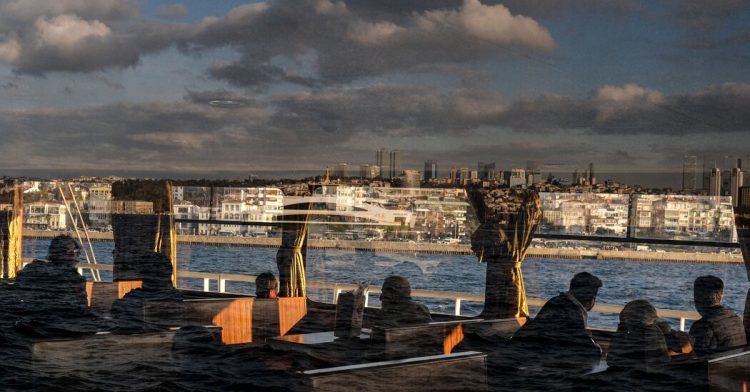 ISTANBUL — Hobbled by restrictions on his tobacco shop, Ozgur Akbas helped organize a demonstration in Istanbul last month to protest what he called unfair rules imposed on merchants during the pandemic.

“There are many friends who have shut down,” he said in an interview. “And some are on the verge of suicide.”

Turks had been grappling with a falling currency and double-digit inflation for two years when the pandemic hit in March, sharply worsening the country’s deep recession. Nine months in, as a second wave of the virus sweeps through Turkey, there are signs that a significant portion of the population is overwhelmed by debt and increasingly going hungry.

MetroPoll Research, a respected polling organization, found in a recent survey that 25 percent of respondents said they could not meet their basic needs. Mr. Akbas said he sees it daily among his customers.

“People are at the point of explosion,” he said.

For President Recep Tayyip Erdogan, who this year had drawn attention at home and abroad with an aggressive foreign policy and military interventions, things suddenly came to a head in November.

The government admitted that it had been understating the extent of Turkey’s coronavirus outbreak by not recording asymptomatic cases, and new data revealed record infection levels in the country.

The Turkish lira has been battered by a record depreciation — down more than 30 percent against the dollar this year — and foreign exchange reserves have been badly depleted. Along with double-digit inflation, the country now faces a balance of payments crisis, Moody’s Investor Service said recently.

The crisis comes as Mr. Erdogan is about to lose a powerful ally when President Trump leaves office next month. Turkey is already facing sanctions from the United States for purchasing a Russian missile defense system and from the European Union for gas drilling in waters claimed by Cyprus. Mr. Trump had been instrumental in holding off the sanctions from Washington until this month.

To deal with Turkey’s spiraling economy, Mr. Erdogan has recently moved with a ruthlessness that is usually carefully hidden from view. He appointed a new head of the Central Bank, and when Mr. Erdogan’s finance minister, who is also his son-in-law and heir apparent, resigned in objection, the president surprised many by accepting the resignation and replacing him.

Then the president promised economic and judicial reforms, and even floated the possibility of releasing political prisoners — which some in his own party advocate to improve relations with Europe and the United States.

In mid-December, Mr. Erdogan announced a new aid package to tide over small businesses and tradesmen for three months. Last weekend he dropped into a bakery to make some purchases in a show of support for merchants.

But critics have described Mr. Erdogan’s various maneuvers as too little, too late.

The former finance minister, Berat Albayrak, may have been a convenient scapegoat — little is known of what really went down inside the Presidential Palace — but his dramatic fall from grace and complete disappearance from public life indicate a more serious course correction. It seems the economic crunch and the consequences for Mr. Erdogan’s own fate have become paramount concerns.

“What he particularly pays attention to is how things reflect on society,” Mr. Kulat said.

Recent opinion polls show that the standing of Mr. Erdogan’s A.K. Party has fallen to its lowest point in the 19 years it has been at the helm of Turkish politics, hovering around 30 percent, according to MetroPoll. That figure suggests that the party’s alliance with the Nationalist Movement Party would fail to secure Mr. Erdogan the 50 percent of the vote needed to win a presidential election.

“The next elections are not a slam dunk,” said Asli Aydintasbas, a senior fellow with the European Council on Foreign Relations. “There is a good chance he will lose unless he either broadens his coalition or manages to appeal to people who voted for the opposition.”

“His chances of being re-elected are less than 50 percent,” she said. “So finally,” she added, the question is, “Is he smart enough?”

The MetroPoll survey found that a majority of Mr. Erdogan’s own supporters, and 63 percent of respondents overall, believe Turkey is headed in a worse, rather than a better, direction.

Those figures are borne out by what aid organizations are seeing on the ground.

Hacer Foggo, founder of the Deep Poverty Network, a group that helps street traders and informal workers, said that in her nearly 20 years of working to alleviate urban poverty in Turkey she had never seen such distress.

When the first lockdown began in March, she began receiving calls from people begging for help in feeding their families. Street vendors and scrap collectors were particularly badly hit.

Her network has been helping 2,500 families in Istanbul, matching donors with families to help them buy groceries and diapers for children. Her voice cracked as she described a mother who said her baby had gone down a size in diapers.

“A baby should be gaining weight, not getting smaller,” Ms. Foggo said. Other women could no longer breastfeed because they lacked food, she said, and more people have been forced to hunt for already scarce food in garbage.

“I am 52 years old, and this is the biggest crisis I have ever seen,” she said.

The economic problems began before the pandemic, she said, but she laid the blame squarely on local and national governments for their lack of strategy for confronting the growing poverty and failing to improve social services.

Indeed, the economic tailspin came after Mr. Erdogan tightened his reins on the country, including over the economy, by acquiring sweeping new powers under a new presidential system inaugurated in 2018. International monitors cite those changes as a main reason for their alarm about the country’s economic plunge.

“Turkey’s weak and deteriorating governance is a key credit weakness, which underpinned our decision to downgrade Turkey’s rating by multiple notches since the introduction of the presidential system in mid-2018,” Moody’s said in a report this month.

Mr. Akbas, the merchant running the tobacco shop, described two elderly customers who came into his shop in a wealthy part of the capital, Ankara, one day last week as an illustration of how badly skyrocketing inflation has affected people.

One woman asked if she could buy a single egg. The second woman, who was neatly turned out, asked if he had any free bread. Stunned, he filled a bag for her.

“Retirees are in a very bad situation,” he said. “What I am hearing from people is ‘Enough is enough. We have had it up to our necks, we cannot make money,’ and people aged 70 and 80 are saying they are going to throw themselves in the street.”