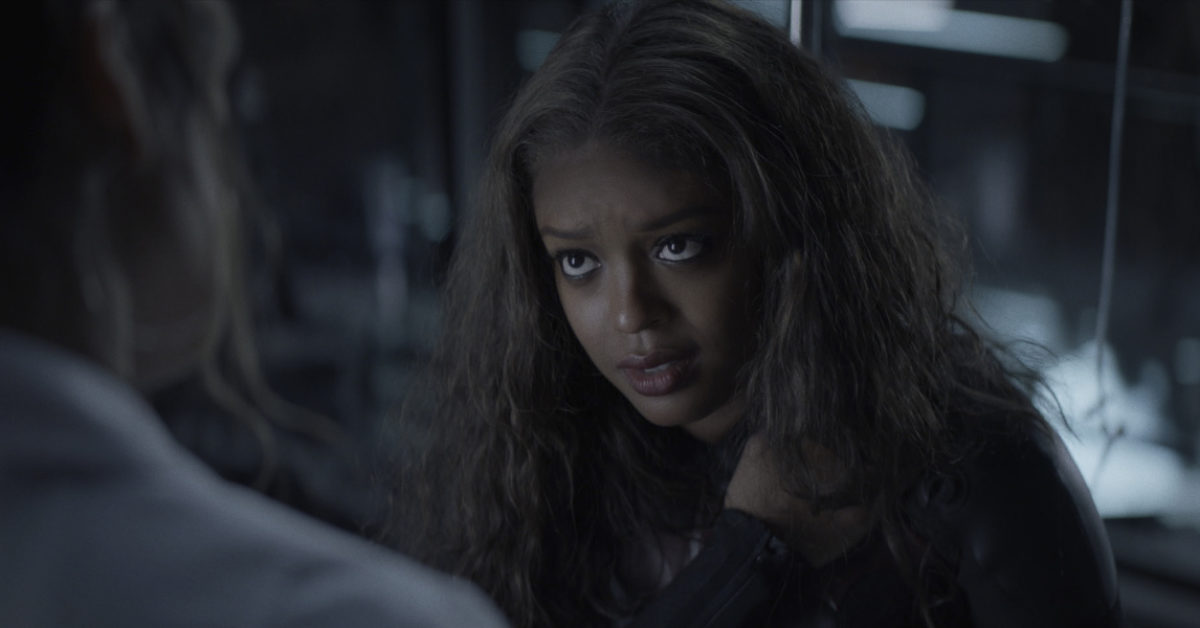 This is the ultimate “Gentleman’s B” episode. It’s not great, but it has a few excellent moments while moving a lot of plot elements forward, setting us up for some major payoff later. Doubling down on some of the queer themes and heaping helping of hetero romance too place this more squarely in the “Teen CW Drama” than a superhero show, so your mileage may vary on how much you love this episode depending on how much you’re here for the romance.

Hang on to your tights, Batwoman fans. This is an episode that will likely please a lot of fans and others not as much. While it packs a lot of plot in, reveals backstory, and moves major story elements forward, it also feels like a buildup to bigger and better things to come. The episode centers around Ryan (Javicia Leslie) as her kryptonite wound begins affecting her mind, sending her on a rampage to take revenge on Alice (Rachel Skarsten) in revenge for killing her adopted mother. There’s also a lot of backstory revealed about Safiyah (Shivaani Ghai) but all of it feels like the setup to later showdowns. Alas, this is the world we live in where major events are saved for “sweeps weeks” and so sometimes we get these incredibly serviceable episodes that move things along but don’t have a lot more “oomph” to them.

Of course, certain fans may disagree with me and like this a lot more, especially those who are enjoying the romantic subplots between Ryan and Angelique (Bevin Bru) and the romantic backstory between Alice and Ocean (Nathan Owens). While there are a couple of cool action sequences (stick around for the Act 3 showdown between Alice and Ryan), this is more soap opera drama than a caped crusader story. Indeed, far more of the episode seems dedicated to Alice and Ocean than anything Ryan and Team Batwoman are doing. So your mileage may vary on how much you enjoy this episode based on how much you like those story elements.

One thing we definitely know after this episode, though: Safiyah is not someone you mess with. And she has plans for Gotham. We finally get a ton of backstory and a greater sense of where Alice came from and how she’s wrapped up with Safiyah. We also get relationship drama with Ryan and Angelique, which people may or may not be here for. The other thing we know for sure is the people on this show are some of the most attractive people on television right now and it’s not even fair.

In terms of the setup, though, even though it feels like a lot of delayed gratification, there are some specific moments that are hugely effective. First, Ryan’s continued visions of her mother due to the kryptonite infection are moving and beautiful. They bring a lot of emotional resonance to her journey and a moral edge to the questions of the ethics of revenge against Alice. There’s also some great work by Skarsten as Alice, who continues to be the best part of the show. But even Jacob Kane (Dougray Scott) gets a key moment reflecting on his feelings of failure of losing both his daughters and it’s quietly powerful. These little moments make the episode, as has been true all season.

The sad part in all of this is that Mary (Nicole Kang) and Luke (Camrus Johnson) are mostly sidelined. However, it looks like things may be heating up for them in the coming weeks, as teased in next week’s trailer. We’ll be back here to cover it, same Batwoman time, same Batwoman channel, which is, of course, Sunday nights at 8/7 CT on the CW.