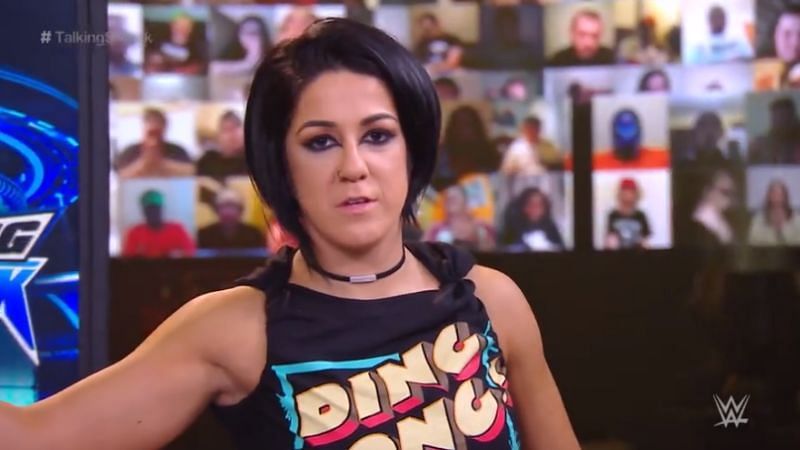 This week’s episode of SmackDown featured an obstacle course competition between Bayley and Bianca Belair. On WWE Network show Talking Smack, Braxton described Bayley as an “incredible competitor” but questioned whether the SmackDown Superstar cheated in the challenge.

Bayley said her 2019 Royal Rumble elimination of Rhea Ripley was more impressive than Belair’s eight eliminations in 2020. She also asked Braxton if she wants to be an entrant in next week’s Royal Rumble.

“And I will grab that stupid microphone by your ear that’s connected to you and I will toss you over the top rope, just like I will Bianca Belair and just like I will every single woman that steps into that ring.”

Bayley looked at the camera after her interview segment and said she was “not kidding” about Braxton entering the Royal Rumble.

Bayley has been confirmed as a 2021 Royal Rumble participant

The 2021 WWE Women’s Royal Rumble match will be the fourth in WWE history to involve female Superstars. The previous three matches were won by Asuka (2018), Becky Lynch (2019), and Charlotte Flair (2020).

Please credit Talking Smack and give a H/T to SK Wrestling for the transcription if you use quotes from this article.