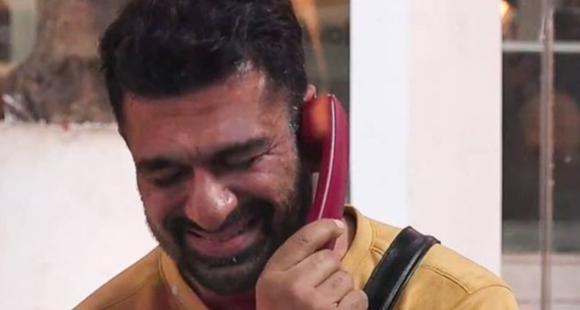 Eijaz Khan and Pavitra Punia earlier developed feelings for each other inside the Bigg Boss 14 house. Read on to know what the actor’s brother Imran has to say about it. The previous week was quite an emotional one for all the contestants inside the Bigg Boss 14 house. Every one of them got to meet and interact with their family members or loved ones. One can say that the luckiest one among them is definitely Eijaz Khan who not only got to meet his brother Eijaz Khan but also Pavitra Punia. Everybody is aware of the bond he shared with the latter who got evicted from the show a few weeks ago.

The other housemates could not stop gushing over how Eijaz and Pavitra expressed their love for each other. Not only did the latter say that she will wait for his call outside, but Eijaz also proposed to her for marriage. Now, his brother Imran has spoken about the same in an exclusive interaction with ETimes. He initially praises Pavitra for the way she supported his brother inside the Bigg Boss house and expresses gratitude for the same.

Ask him about Eijaz Khan and Pavitra Punia’s relationship, Imran states that the family will respect whatever decision the former takes in his personal life or what makes him happy. While talking to ETimes, Imran quotes, “I know they share a good bond and it is good for them. It’s very sweet of her to support him even when she is out.” However, he also adds that it is for the couple to decide where they want to go about with the same. Ask him if he has spoken to Pavitra, he replies in the negative.