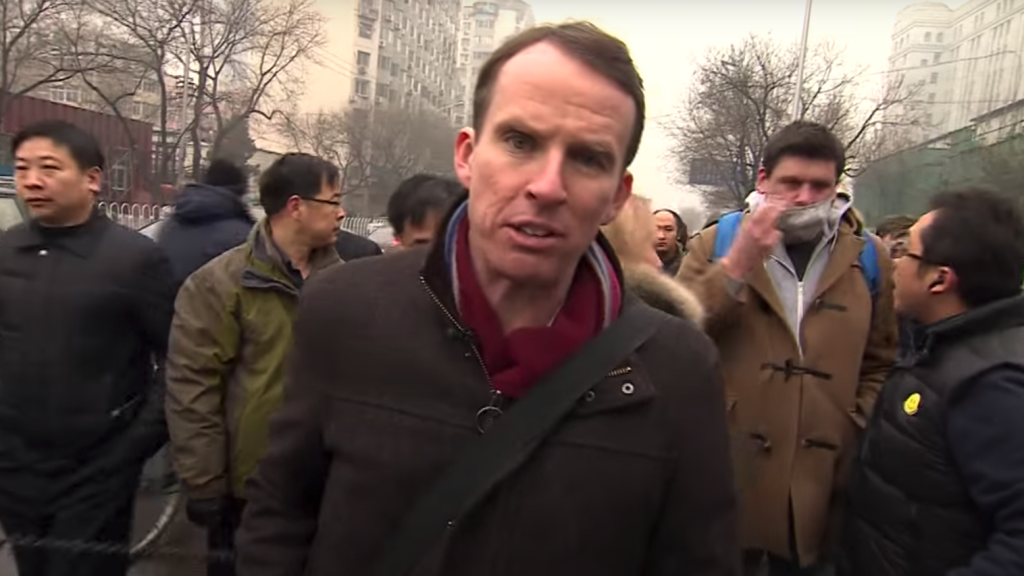 BBC China correspondent John Sudworth has relocated to Taiwan amid fears for his safety as tensions grow between Beijing and Britain’s public broadcaster.

Sudworth told BBC Radio 4’s Today program on Wednesday that he and his family fled Beijing after “massive surveillance, obstruction and intimidation” from Chinese authorities. Sudworth said he was followed to the airport in a hurried exit, with “the true grim reality for reporters here being made clear all the way to the very end.”

“We as a family, based in Beijing, along with the BBC, decided it was just too risky to carry on — which unfortunately is precisely the point of that sort of intimidation — and we have relocated to Taiwan,” he said. “This was not a choice that we wanted to make.”

His exit was confirmed by the BBC press office on Wednesday, which tweeted: “John’s work has exposed truths the Chinese authorities did not want the world to know. The BBC is proud of John’s award-winning reporting during his time in Beijing.”

Sudworth’s relocation follows Chinese authorities taking issue with the BBC’s reporting on the plight of Uighurs in the Xinjiang region and UK media regulator Ofcom revoking the broadcasting license of Chinese state-backed network CGTN in February. Beijing retaliated by banning BBC World News. State-backed Global Times said the broadcaster was responsible for a “slew of falsified reporting” on Xinjiang and China’s handling of Covid-19.