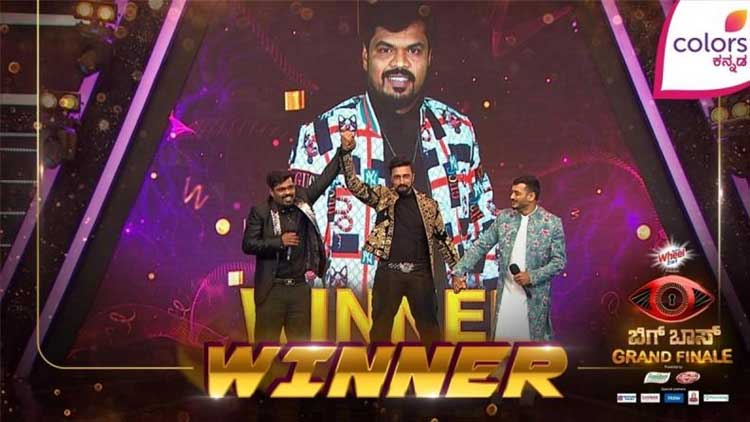 Bigg Boss Kannada Season 8 is all set to amuse the audience as the grand finale night is so close. The inmates are also under pressure as they are eagerly want to win the title. Hence their pressure has been rising to give their best at this point of the show.

The curtains for Bigg Boss Kannada 8 were dropped with a grand finale on Sunday, 8 August. Manju Pavagada secured 45+ lakh votes to emerge victorious in Colors Kannada’s show. KP Aravind ended as the runner-up with 43+ lakh votes.

The winner name of the Bigg Boss Kannada Season 8 is the most searched question on the Internet and the fans are curious to know the name of the winner.

Manju Pavagada was honored with a trophy and a cash prize of Rs 53 lakh while the first runner-up got a Rs 11 lakh cash prize. The comedian was not a favorite contestant when the show was suspended mid-way and the trends indicated that it would be a cakewalk for KP Aravind.

However, Manju Pavagada apparently worked on his shortcomings and emerged as a better player than KP Aravind. There is a belief among the fans that the votes might have been divided between Aravind and his significant other Divya Uruduga. Thus helping Manja to win the trophy.

In the eighth season, all the top five contestants have walked away with cash prize which was not the case in earlier seasons where only the winner used to get the cash prize.