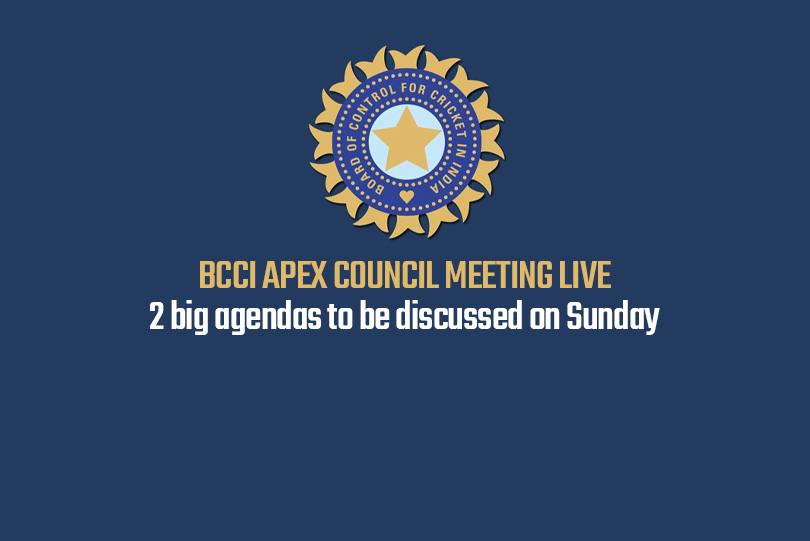 BCCI Apex Council Meeting Live Updates – Bigger window for IPL 2022 to be discussed? The BCCI Apex Council is due to meet on Sunday and how to accomodate 10 team 15th edition of the Indian Premier League (IPL 2022) in the international calendar will be discussed. The IPL 2022 will be bigger than previous editions of the league with the inclusion of two new teams. According to estimates, BCCI will require minimum 70-75 days window and the same will be discussed.

“BCCI is looking to stretch the length of the tournament. And now, with two teams slated to be added from 2022, the IPL is set to get longer”, a senior BCCI official told TOI.

One of the most important matter that will be discussed by BCCI Apex Council is the fate of Ranji Trophy 2021 season. The Indian cricket board will also discuss the tax issues apropos the 2021 T20 World Cup which the country is set to hold. The tax issue was earlier also discussed in the BCCI Annual General Meeting on December 24 and it was decided that secretary Jay Shah and treasurer Arun Dhumal would speak to the government to find a way forward in the matter.

According to a report by ANI, the BCCI will discuss if it is viable to host the Ranji Trophy and other domestic tournaments this year in the wake of COVID-19. And if it can, what are the challenges it will face.

“If the government does not agree, we will then decide on how to go about it. We also have the 2016 World T20 matter pending, so that will also have to be worked out,” a member who attended the meeting said.

What are the other agendas?

BCCI Apex Council meeting will discuss on the NCA project, hiring for NCA, Bengaluru and for BCCI headquarters at Mumbai, discussion on matters related to ICC’s 2023-2031 cycle and update on Bihar Cricket Association. Besides this, it will also discuss any other business which the chairman may deem necessary to be included in the agenda.