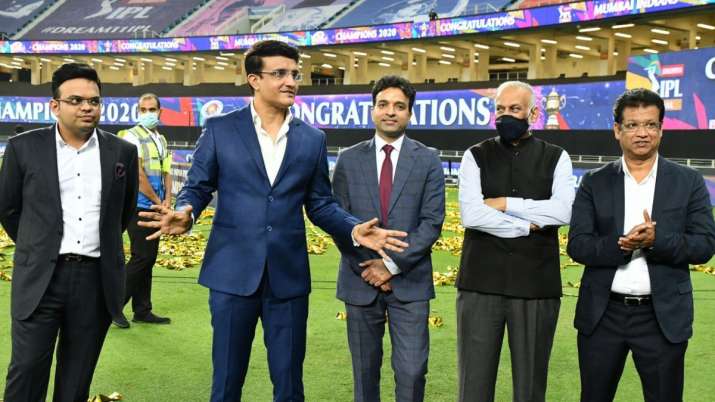 The BCCI is all set to organise Vijay Hazare and Vinood Mankad trophy after successfully staging the Syed Mushtaq Ali trophy in the post COVID era. The domestic T20 tournament kickstarted the game of cricket in the country post the lockdown and the BCCI is now looking to extend the domestic calendar. Meanwhile, the Syed Mushtaq Ali tournament will culminate with the final on January 31 between Tamil Nadu and Baroda at the newly built Motera stadium.

BCCI Secretary Jay Shah also confirmed that the women’s one-day tournament will be held simultaneously with the Vijay Hazare Trophy while the Vinoo Mankad Under-19 Trophy will take place at a later date. The detailed schedule of the tournaments are still being worked out. Cricbuzz as per reports has access to that letter.

“It was extremely important for us to ensure that women’s cricket takes place and I am extremely happy to inform you that we are going to conduct the senior women’s one-day tournament simultaneously with the Vijay Hazare Trophy and follow it up with the Vinoo Mankad Under-19 Trophy. I write this with some sense of satisfaction and a whole lot of gratitude towards the State Associations and the staff of the BCCI for the successful conduct of the Syed Mushtaq Ali T20 tournament so far, after having delivered a flawless IPL earlier” Shah wrote in his letter.

Meanwhile, a former Indian woman cricketer has welcomed BCCI’s move to include women’s cricket in their calendar.

“This is excellent news for women’s cricket. We have been practising hard but now with the certainty of the tournament, the motivation levels are up,” she said.

Meanwhile, with an eye on concerns with regards to the COVID scenario in the country, the BCCI has approached the state associations to give a response as to how they would like to plan out the domestic calendar. Previously BCCI President Sourav Ganguly was keen on staging the Ranji Trophy tournament but with a two-month window necessary for the IPL, the board is struggling to find out another window for the major domestic tournament.

X
Ajinkya Rahane Opens Up On His Decision To Not Cut Kangaroo Cake Upon Returning …CricketTeam India’s Test veteran Ajinkya Rahane is one of the most respected figures of Indian cricket. His conduct both on and off the field has earned him …
close