BCs are backbone of society: Jagan 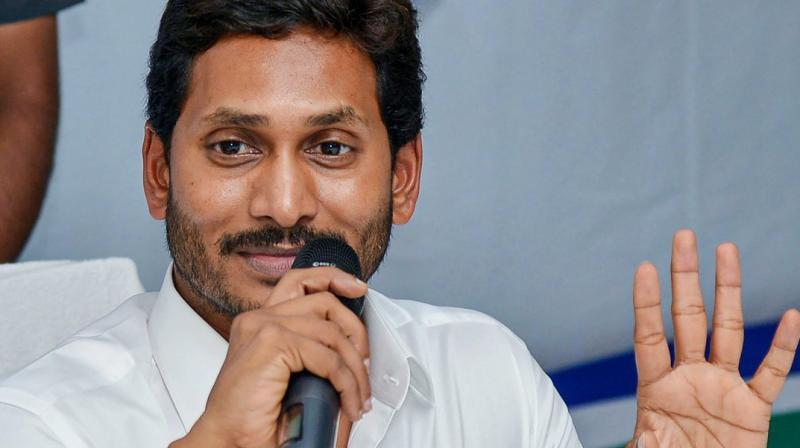 VIJAYAWADA: Chief Minister Y.S. Jagan Mohan Reddy on Thursday said that for the first time in the social history of the country, BCs have been empowered through BC Corporations and asked their chairpersons to work as liaisons between the BCs and the government.

He was addressing a gathering of the BC Sankranti Sabha at Indira Gandhi Municipal Stadium in which 56 BC Corporation chairpersons took oath. Reddy declared that BCs are not ‘backward classes’ but ‘backbone classes’ of the society. He said that they had created women empowerment history by earmarking half of the posts to them.

He said that empowerment of weaker sections socially, economically, and politically has been taken up as a movement and nowhere in the country was such emancipation reported. He cautioned the newly sworn-in persons that the position was a responsibility and not power. He sought them to  uplift persons who are left out and make them part of welfare programmes.

The Chief Minister said, “Setting up 56 BC corporations and appointing 728 BC leaders, from 139 castes, in the posts of directors and chairman, is history scripted by the Andhra Pradesh government. I am happy to note that 29 of the 56 chairpersons and 336 of the 672 directors are women. We have made laws for implementing 50 percent reservation for BC, SC, ST, minorities and women in all nominated posts and contracts. Even during the composition of the State cabinet, 60 percent posts were given to BC, SC, ST, and minority leaders, and we have sent two BC leaders to Rajya Sabha.”

Reddy said that the previous government had debilitated corporations and welfare schemes were only given to TDP members through Janmabhoomi committees. Unlike the TDP government, the incumbent government has ensured that welfare schemes were given to all eligible persons, irrespective of their political affiliations, and took welfare to the doorstep of beneficiaries. He asserted that the development of the State happens only by such efforts, by empowering women in all fields and safeguarding farmers’ interests.