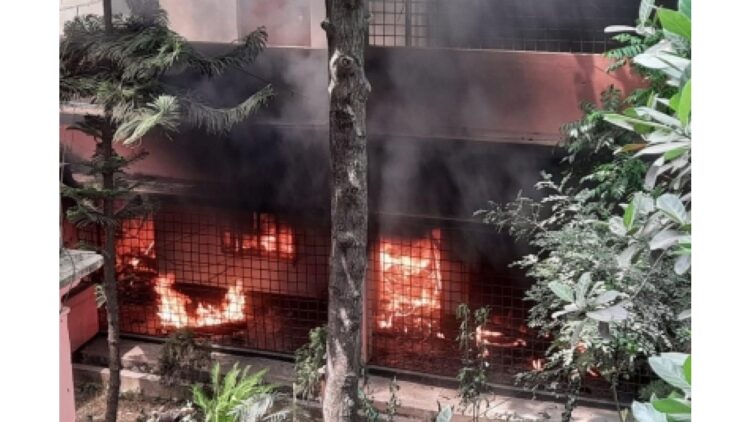 The strike by Hefazat-e-Islam is underway in Dhaka, Norshingdi, Narayanganj, Brahmanbaria, Chittagong, Sylhet, Rajshahi and other districts.

No long-route buses were plying on the roads, but movement of rickshaws and auto-rickshaws was normal.

Narayanganj Madaninagar madrasa students put up a barricade on the Dhaka-Chittagong highway by burning tires, disrupting the capital city’s road communications with Chittagong and Sylhet.

In Sylhet, Jamaat-e-Islam activists behind the banner of Hefazat-e-Islam brought out processions in different parts of the city including the Court point after morning prayers.

The fire fighters rushed to the spot and extinguished the blaze. No casualties have been reported so far.

Hefazat-e-Islam leaders announced the day-long nationwide strike at a press briefing at Purana Paltan in the capital on Friday night.

A clash involving Hefazat supporters and police left four people dead and at least 50 others injured at Hathazari in Chittagong on Friday.

In Dhaka, at least 50 people, including several journalists, were injured in a clash between radical force supporters and police in the Baitul Mukarram National Mosque area on Friday afternoon.

Clashes erupted when police barred people from bringing out a procession after the noon prayers on Friday protesting against the visit of Indian Prime Minister Narendra Modi.