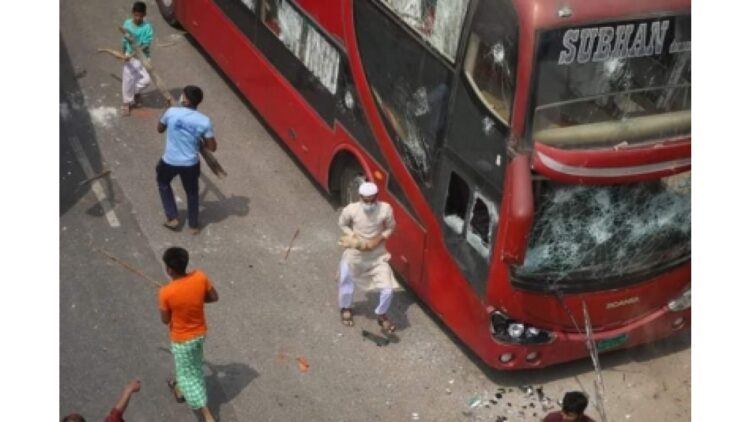 Awal made the announcement while delivering a sermon on the occasion of Shab-e-Barat on Monday night at railway mosque of DIT commercial area in Narayanganj.

In the name of protest against Indian Prime Minister Narendra Modi’s Bangladesh trip, activists of Hefazat-e-Islam militants created violence in Dhaka, Narayanganj, Sylhet, Brahmanbaria, Chittagong and all over the country.

The militant groups used children of the Qawmi Madrasas in extensive vandalism at and set fire to government establishments. The group vandalized all government offices and police station and temples of Brahmanbaria and Chattogram.

The militants attacked on public vehicles and police throwing bricks. The police also opened fire on them to keep the situation under control in the two districts. At least 60 policemen were injured and 14 people died during the clash.

Meanwhile, the Hefazat leader could not be reached over phone. But his khadem (personal assistant), Mahadi Hasan, confirmed that Awal had announced resignation and there was no pressure upon him.

Mufti Muhammad Abdul Mumin, publicity secretary of the militant outfit, claimed that there is some misunderstanding between the leaders of Hefazat…it was not an official resignation.

“Probably, the nayeb-e-ameer wanted to leave the organisation because of some misunderstanding. He might have some issues with the local leaders. However, the viral video clip is authentic,” he added.