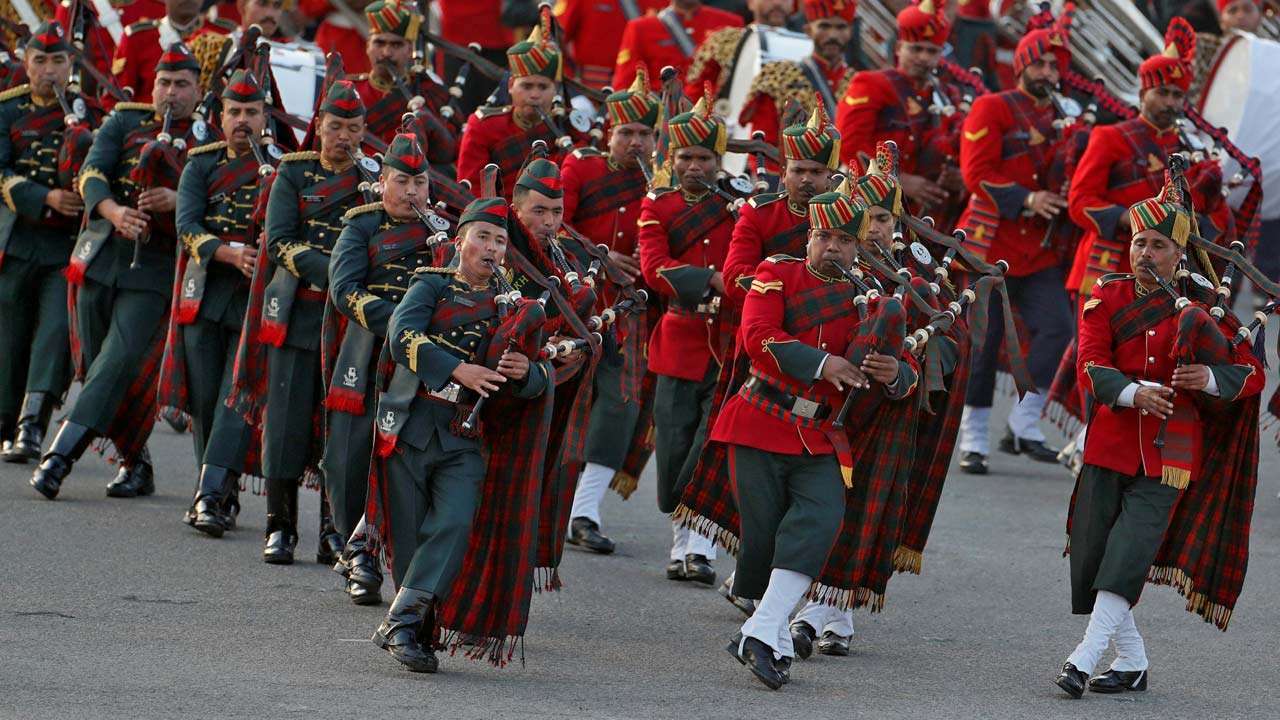 A special new composition ‘Swarnim Vijay’ would be played to commemorate the 50 years of India’s 1971 victory over Pakistan in the Beating Retreat ceremony to be held on January 29 to mark the end of the four-day-long 72nd Republic Day festivities.

The Beating Retreat ceremony of 2021 is scheduled to witness flavours of Indian tunes on Friday, with as many as 26 performances at the historic Vijay Chowk scheduled to enthral spectators with captivating and foot-tapping music of the bands from the Army, the Navy, the Air Force and Central Armed Police Forces (CAPF).

This year, 15 Military bands and 15 Pipes and Drums Bands from Regimental Centres and Battalions are participating in ‘Beating the Retreat ceremony’.

A total of 60 buglers, 17 trumpeters and 60 drummers will participate in this year’s Beating Retreat ceremony which will be performed by the bands of the Army , Navy and Indian Air Force (IAF) along with the mass formation of bands of the Central Armed Police Forces (CAPF) and Delhi Police.

Moreover, 20 bands each of Punjab Regiment and Rajputana Rifles will too participate in the ceremony. A total of 25 bands of Rajput Regiment, 19 bands of Bihar Regiment and at least 7 bands of Gorkha Regiment will also be part of the festivities.

“The entry band will be a massed one with ‘Swarnim Vijay’ theme. It will be a special new composition to commemorate 50 years of victory of India in the 1971 war against Pakistan,” a statement said. The composition will be led by Lieutenant colonel Vimal Joshi and Havildar Jiwan Rasaily during a quick march at the historical Vijay Chowk where the ceremony takes place.

The performance will be followed by ‘Pipes and Drums Band’, CAPF Bands, Air Force Band, Naval Band, Army Mil Band and Massed bands. The event will start with ‘Fanfare’ composition by buglers and will withcome to a close with the ever-popular tune of ‘Sare Jahan Se Acha’.

The ceremony at the Vijay Chowk on January 29 every year marks the culmination of the four-day-long Republic Day celebrations. The ceremony traces its origins to the early 1950s when Major Roberts of the Indian Army developed the unique ceremony of display by the massed bands.

Beating Retreat marks a centuries-old military tradition, when the troops ceased fighting, sheathed their arms and withdrew from the battlefield and returned to the camps at sunset at the sounding of the Retreat.

The ceremony is graced by the President. The lowering of flags at dusk against the backdrop of the setting sun is followed by lighting up of the Rashtrapati Bhavan, North Block, South Block and Parliament House in unison.