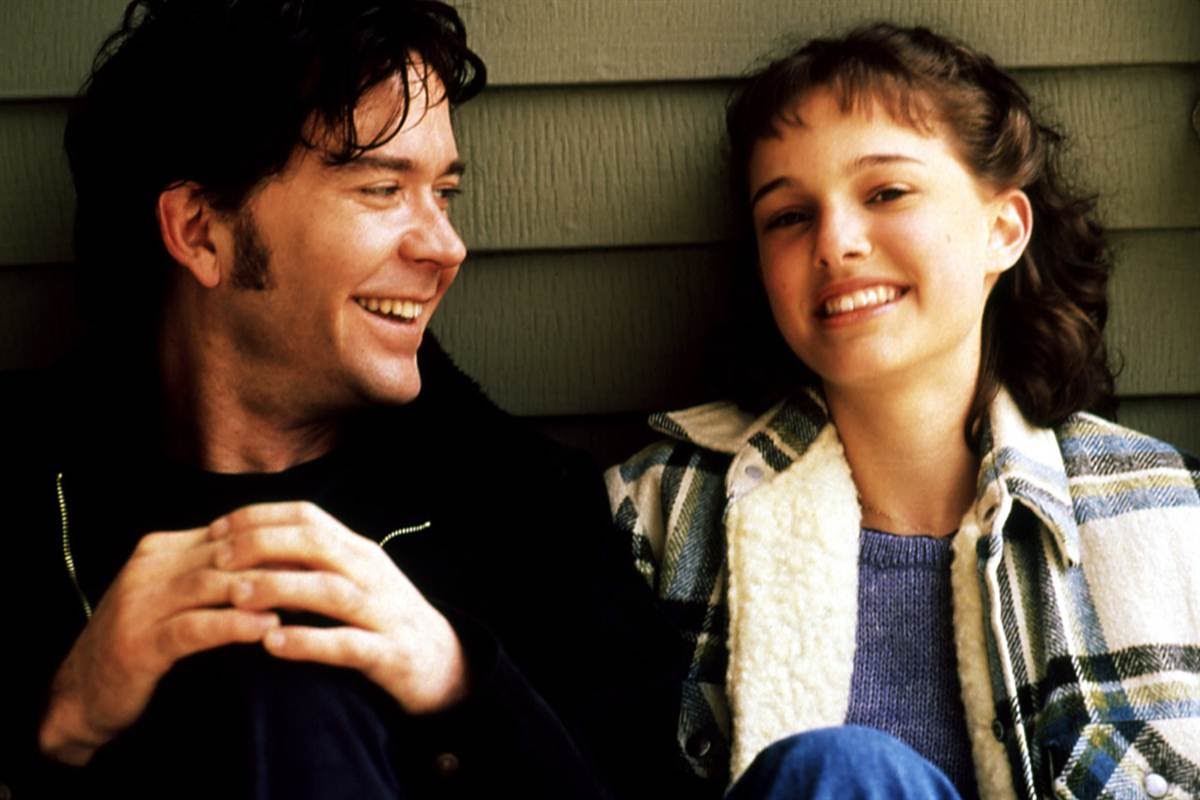 Released 25 years ago this week, Beautiful Girls was a warmly received, Big Chill-esque comedic drama about high school classmates reuniting in a blue-collar Massachusetts town. While some critics dinged it for its bro-some qualities, it drew strong reviews; and while it wasn’t much of a box office hit — it made just over $10 million at the box office — it became generally beloved by those who saw it.

“Portman, a budding knockout, is scene-stealingly good even in an overly showy role,” the New York Times’s Janet Maslin wrote at the time.

Still, even fans of the film had to admit there was always something at least a little creepy about the flirtatious nature of the relationship between Willie and Marty. During their “meet cute,” Marty charms Willie by complimenting his sideburns and telling him he’s cool; later, while they’re ice skating, Marty announces that Willie’s her new boyfriend before falling into his arms. Her charms are met by looks of increasingly lovestruck longing from Willie, even if he points out their age difference (yet nothing about the illegality) when she refers to them as “star-crossed lovers.” It’s Marty who finally says, “You’ll go to the penitentiary” before telling him to “wait five years.” (Willie wisely declines, but not without using an inane Winnie the Pooh analogy to explain why.)

Even once the adult draws the line, the cringe factor persists. When Marty tells Willie that his girlfriend Tracy (Annabeth Gish), who’s just arrived from New York, is “really pretty,” Willie replies to her, “She’s not as pretty as you.” The point here was ostensibly to portray Willie as a good guy (outside of entertaining thoughts of a romance with a child) trying to make a heartbroken kid feel better, but that doesn’t make it any less inappropriate.

Portman herself took a stand against the film — and how she was portrayed through many of the movies at the beginning of her career — in a recent interview with actor Dax Shepard on his Armchair Expert podcast.

“I was definitely aware of the fact that I was being portrayed … as this ‘Lolita’ figure,” Portman told Shepard. “Being sexualized as a child, I think took away from my own sexuality because it made me afraid, and it made me [feel] like the way I could be safe was to be like, ‘I’m conservative,’ and ‘I’m serious and you should respect me,’ and ‘I’m smart,’ and ‘don’t look at me that way.’”

The Oscar-winning actress has become increasingly outspoken in recent years, particularly when it comes to gender roles and identity in the industry. In Mark Harris’s new book Mike Nichols: A Life, Portman refers to her Closer director, who also directed her on Broadway in The Seagull in 2001, as “the only older man who mentored me without there ever being a creepy element in it.”

There’s no denying Marty was a Lolita figure in Beautiful Girls — just refer to the film’s dialogue itself. “So you’re the little neighborhood Lolita,” Willie’s friend Paul (Rapaport) remarks when meeting her. Of course her sharp-tongued retort is part of the reason Marty was such a hit. “So you’re the alcoholic high school buddy s*** for brains,” she fires back.

It’s fashionable to say that films from past decades haven’t “aged well” given our evolving awareness of portrayals of race, ethnicity, gender and sexuality. But even in heaping praise on Beautiful Girls in 1996, many a critic seemed to acknowledge the film’s questionable ick factor.

“In a relationship that skirts bad taste, Hutton and Portman make tender movie magic, giving this big-screen spin on Friends its only moments of true romantic yearning,” wrote Rolling Stone’s Peter Travers. “Natalie Portman, as a 13-year-old on whom Hutton develops a strangely affecting crush, is a delight,” noted a review from TV Guide. “Ted Demme’s coming of age tale is about guys in their 20s who refuse or are unable to mature, which might explain why the most captivating relationship is between Timothy Hutton and the 13-year-old Natalie Portman,” said Emanuel Levy.

All-time great critic Roger Ebert denied the film was about a Lolita complex, however. “What the movie is really about is just what Rosie O’Donnell said in her lecture on Penthouse; it’s about guys who are so bedazzled by visions of possible bliss that they cannot see, or relate to, the perfectly wonderful women right there in front of them.”

The #MeToo and Time’s Up movements have encouraged us to more heavily scrutinize the oversexualization of young females in media. That’s evident in contrasting the “user reviews” of the film from 2010 (“I believe every answer to life is in this movie”; “Love, love, love this movie. Great soundtrack and Natalie Portman just steals the whole thing in her first role”) with those from 2020 (“I cannot get over the feeling that Timothy Hutton’s character behaves like a pedophile”; “Sometimes boring, other times down right creepy”).