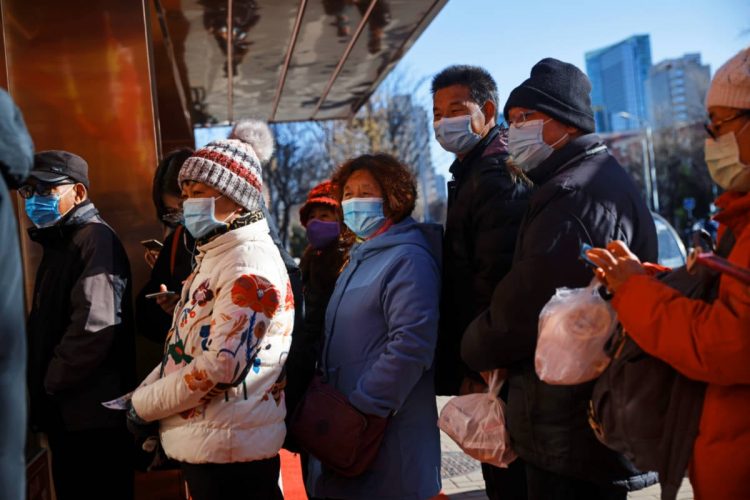 curbs over concerns that China’s mass travel during the holiday period could cause cases to spike in the capital, as it reported locally transmitted cases for a fourth straight day on Sunday.

A meeting led by the capital’s Communist party boss, Cai Qi, urged all districts in Beijing to enter an “emergency” mode, sealing off residential compounds and villages where infections are found.

China’s southern technology hub of Shenzhen reported one asymptomatic case on Sunday, a patient who made two business trips to Beijing this month.

cases have been reported, has declared a wartime mode and testing for all its 800,000 people. All the cases reported on Saturday were close contacts of previous cases.

Two villages in Shunyi have been sealed off as a result.

Chaoyang district, which neighbours Shunyi, has finished testing 234,413 people in three neighbourhoods, with none testing positive. People who have not received their test results are not allowed to go out, the district government said.

Some residential compounds in Tongzhou have reimposed temperature checks upon entry and the number of entrances have been reduced, according to local media reports.

China has largely brought the coronavirus

under control but sporadic cases are resurfacing in a small number of cities. Authorities plan to vaccinate 50 million people in high-risk groups before the week-long Lunar New Year holidays from Feb. 11, said state media Global Times.

Beijing has asked its civil servants to stay in the city from Jan. 1 until the holiday and asked the public to avoid unnecessary travel during the period.

Public venues such as theme parks and churches have scaled back operating hours. Some Catholic churches in Beijing, including Wangfujing’s Catholic Church, have stopped admitting churchgoers and halted group activities, the archdiocese of Beijing said on its website.

Commercial performances have been banned from Jan. 1 until the holiday.