Beijing warns off US warship from South China Sea islands, says its 'serious violation of sovereignty' 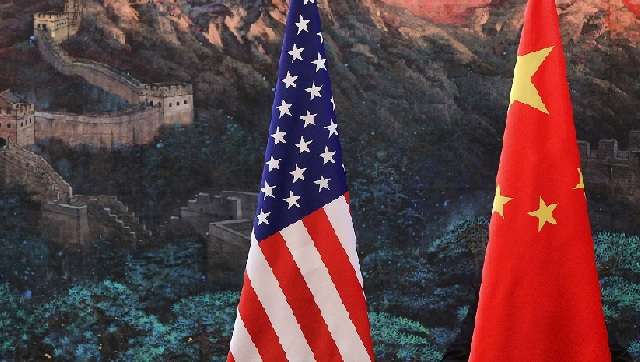 The USS John S McCain ‘broke into China’s Xisha territorial waters without the permission of the Chinese government’, Beijing’s military said in a statement, using its name for the disputed Paracel Islands China on Friday warned off a US warship sailing near contested islands in the South China Sea, Beijing said, the first such encounter made public since the inauguration of President Joe Biden.

The USS John S McCain “broke into China’s Xisha territorial waters without the permission of the Chinese government,” Beijing’s military said in a statement, using its name for the disputed Paracel Islands.

The People’s Liberation Army “organised naval and air forces to track, monitor and warn off” the warship, the Chinese military said, blasting the US for “seriously violating China’s sovereignty” and “harming regional peace.”

The Arleigh Burke-class guided missile destroyer on Thursday also conducted a routine transit through the waterway separating the Chinese mainland and Taiwan, which Beijing says constitutes part of its territory.

Washington has argued that such exercises are in line with international law and help defend right of passage through the region amid competing claims by China and other governments.

China lays claim to nearly all of the South China Sea, including the Paracel Islands.

Taiwan, the Philippines, Brunei, Malaysia and Vietnam all also claim parts of the region, believed to hold valuable oil and gas deposits.

Further angering those countries, and the US, Beijing has moved to build reefs into artificial islands capable of hosting military planes.

The US navy in late January sent an aircraft carrier group into the South China Sea on a so-called “freedom of navigation exercise,” its first routine operation in the region under the Biden administration.

China has stepped up military, diplomatic and economic pressure on Taiwan since the 2016 election of President Tsai Ing-wen, who refuses to accept Beijing’s stance that the island is part of “one China”.

The new US administration has said its commitment to Taiwan is “rock-solid,” with officials in Washington signalling that they will not tolerate any expansionist moves by Beijing.