Home EntertainmentBollywood Being a director completes me, says Seema Pahwa

Being a director completes me, says Seema Pahwa 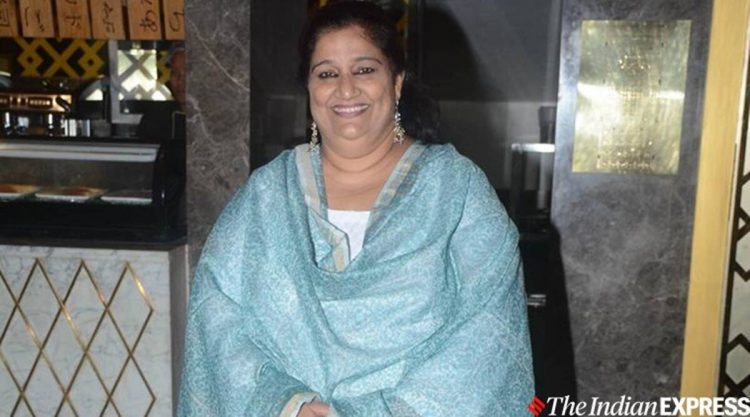 Close to four decades later Seema Pahwa is still the simple, introvert Badki from the classic TV show Hum Log for many, but the actor is days away from releasing her directorial debut feature, Ramprasad Ki Tehrvi, which she says made her feel “complete”.

The actor, who made her debut in 1984 with the landmark television series Hum Log, has also become popular with younger audiences courtesy her performance in recent films like Dum Laga Ke Haisha, Bareilly Ki Barfi and Shubh Mangal Saavdhan.

“As an actor you can only do your best in what part you play, but as a director you are completely involved in a project from start to finish… I got a feeling of being complete during the making of Ramprasad Ki Tehrvi. I felt I knew the entire canvas.”

“The sentiment and experience is different and wonderful. I believe being a director completes me”, Seema Pahwa told PTI in an interview.

Ramprasad Ki Tehrvi revolves around a middle class north Indian family that comes together for 13 days to perform the tehrvi function after the head of the family (Naseeruddin Shah) passes away.

The debutante director said the story stems from a personal experience.

“During the death of my father, I experienced that people come to offer their condolences but you find it funny when they ask how and when it (demise) happened and this leads to funny situations, one-liners, etc.”

“In the film, Amma (Pathak) keeps repeating the same story of the demise of her husband. In reality, I think one gets nervous during such times. We don’t know how to react, so we end up asking the same questions,” she said.

Seema Pahwa, 58, said the idea for this film crossed her mind a while ago, but it wasn’t until she worked on the 2014 critically-acclaimed drama Ankhon Dekhi that she decided to pen it down.

“When I did Ankhon Dekhi and the appreciation it received, it gave me the push to write this story. Then it took shape of the script as I kept writing. A lot of friends suggested I should direct it. In 2017, I wrote it properly with dialogues and in the next year, I made it.”

Family dramas have always fascinated her as she was born in a joint family, the actor-director said.

Drawing parallels of the film with Hum Log, Seema Pahwa said the Doordarshan show is remembered even today as it narrated the story of a middle class family.

“Middle class families still exist today. Almost 80 per cent of people in India are from the middle class society. When these stories are narrated, people get attached to them,” she noted.

She said the cast of Ramprasad Ki Tehrvi instantly agreed to do the film.

“I was sure that no one would say no. There might be budget issues as this is a small-budget film and these are all established actors. I told them if they don’t want to work, it is ok. But they all supported me. Naseer sahab didn’t even charge any money; he worked for free.”

Backed by Jio Studios and Drishyam Films, the film was earlier scheduled to arrive in cinema halls on November 22 but was delayed due to the coronavirus pandemic. It is now slated to be released in theatres on January 1, 2021.

For a film to be successful, the content should be good, Seema Pahwa said, adding she is hopeful the movie will do well provided the pandemic doesn’t play a spoilsport.

“It would be difficult to say that if a star is part of the film only then it will do well. If we look at some of the recent movies of top stars, they have flopped at the box office. The important thing is a film should be able to strike a chord with the audience. The only thing that can prevent people from watching a film in a theatre is COVID-19 as they might be afraid to venture out,” she said.

Even before her first film as a director is released, the filmmaker said she is all set to make another family-drama.

“COVID-19 has taught us the importance of family and our loved ones. It has taught us a lot about life like we don’t need certain things and we can survive without them. There are some people who like watching family dramas.”

“I am ready to make another film but waiting for a producer (to back it). The film that has good content still faces trouble… The first thing we are asked is who do you want to cast?” she said.