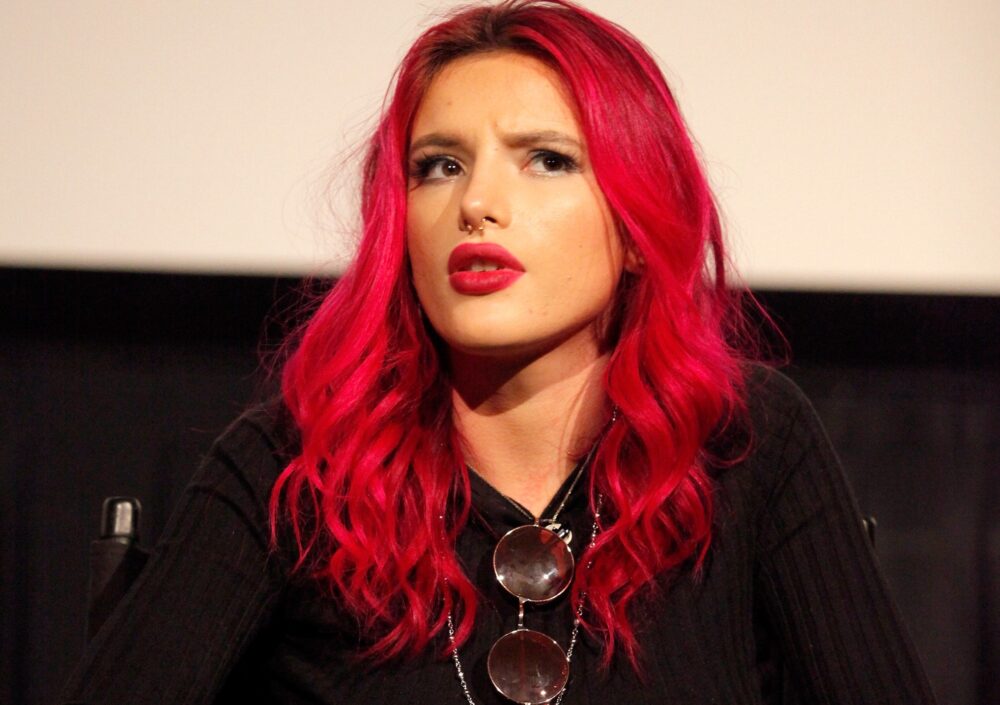 Bella Thorne isn’t interested in acting in any pornographic films in the future, but the 23-year-old actress does like to star in racy videos and films. According to Bella, working in sexually charged productions can have awkward moments at times, moreover, she has been made to feel uncomfortable before by not only male directors but also female directors.

Thorne says there are moments where she has to push through the feelings of being uncomfortable, and she understands what it takes because if it’s in the script, it has to be done. The actress added that it’s especially important if it’s for the character.

Bella added that she was a writer herself, so she understands what it takes to be successful and also what it takes to complete a film or a production. The actress did concede, however, that there are a lot of people who just want to get “girls naked on camera.”

When asked in the interview if she liked working with a male or a female, Bella said it didn’t make much of a difference to her. Bella went on to say that there have been times where a female director has made her feel uncomfortable, so it’s not just a man versus woman issue.

RELATED: Bella Thorne Licks A Gun As She Dresses Up As A Cop For Halloween And Breaks Her Boyfriend Out Of Jail

Bella added that she and the other female actresses often speak to each other about others and how they are on the “low-key.” The actress admitted that being a director was a tough job though, and working on a movie set was not always easy.

The former Disney star then touched on what it’s like to work on a movie set. She explained how it’s very rare where a director is just mean for the sake of it. What really happens is that it’s a very fast-paced environment and words are said without the person understanding the weight of them.

“Things get misconstrued” the actress added. Reportedly, Bella just finished making a new music video for “Shake It,” which will come out on the 26th of February. The actress worked with the adult film star, Abella Danger.

Fans know Bella has worked in the industry before, including back in August when she launched her own controversial OnlyFans account and made over a million dollars in 24 hours.