Below Deck Recap: Izzy Struggles To Gain Guys Respect & Did Elizabeth Get Fired? 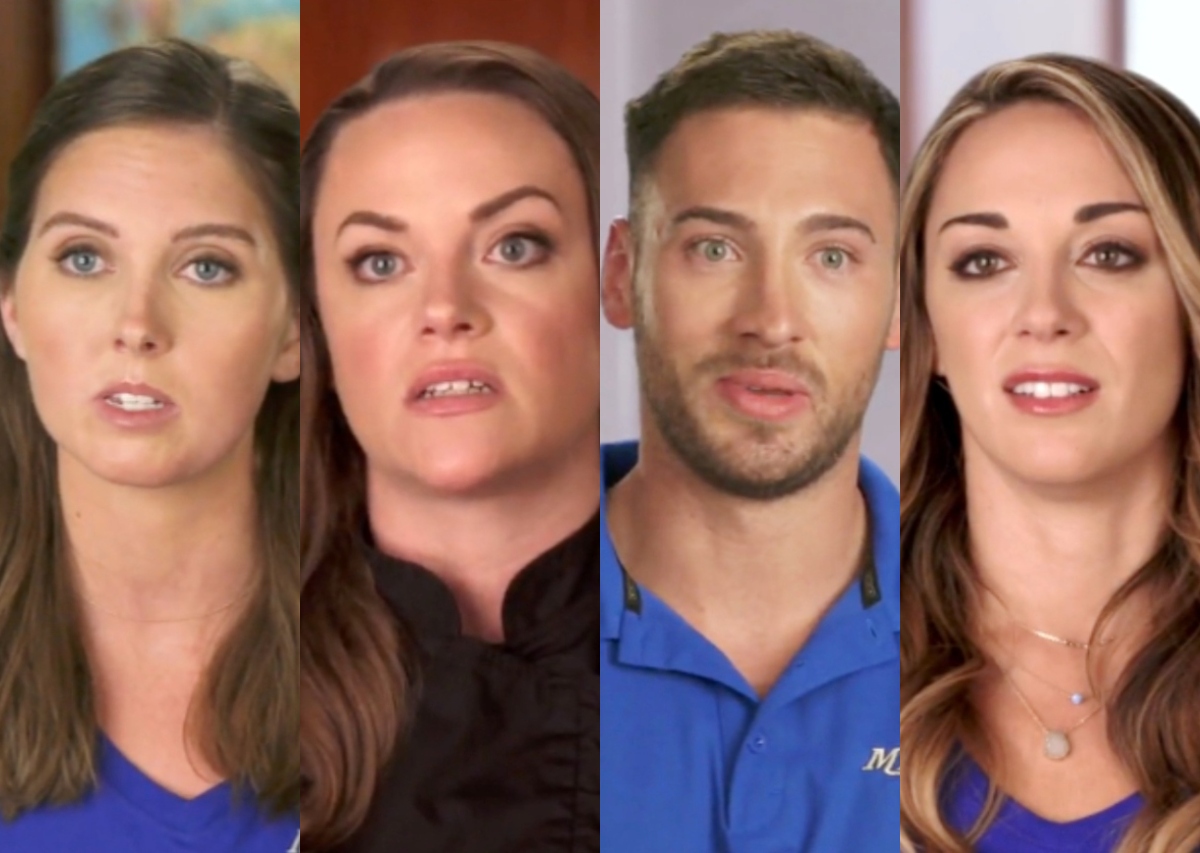 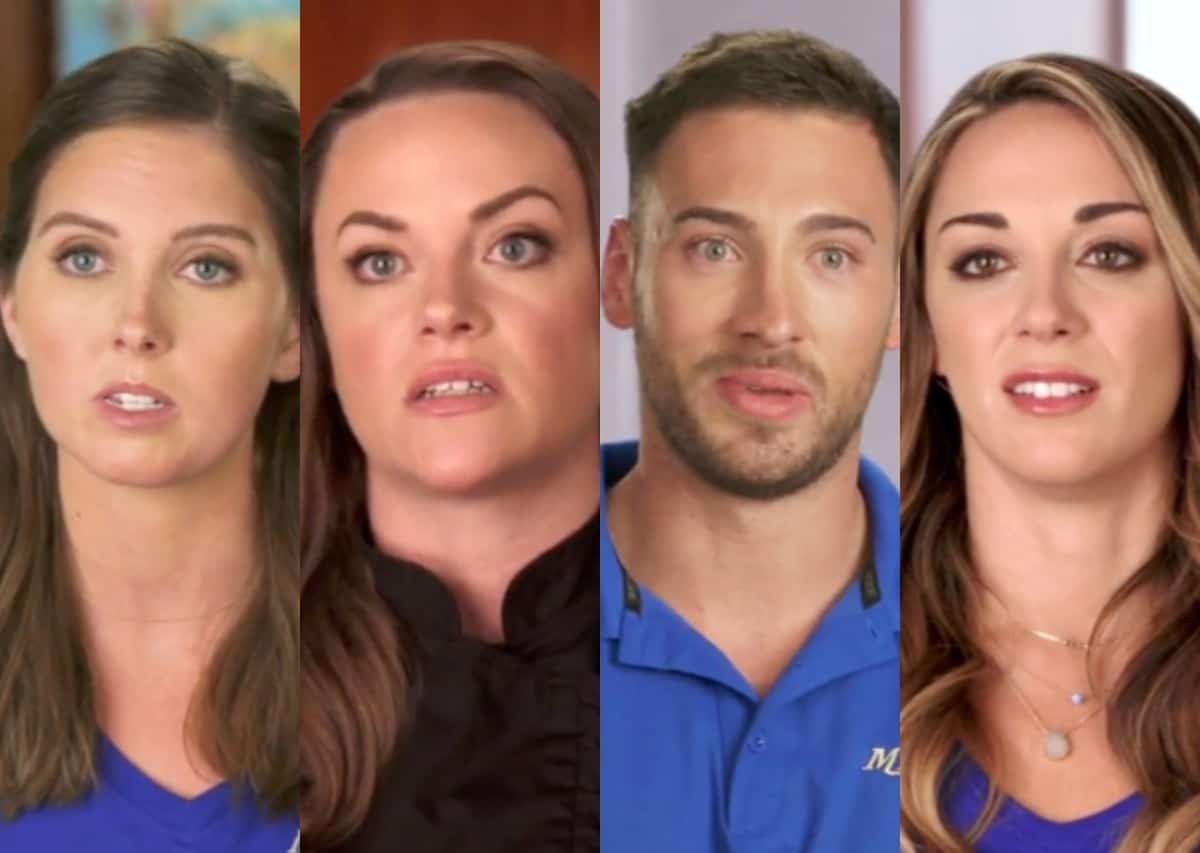 On this episode of Below Deck, communication seems to be an issue.  Service gets rocked, picnic almost failed, and hookups turn one-sided.  Will it all work out in the end?

On the first night of charter, Ashling is stuck dealing with the underage drunk guest, Daniel. He is the youngest son of the primaries and is absolutely trashed. Instead of slyly talking Daniel into calling it a night, Ashling spins a white lie about the hot tub being drained and closed…except Daniel stumbled upon said hot tub and was able to see that it was fully functioning.  Uh oh.

James backed Ash’s lie and the duo did their best wrangling Daniel in.  Before shutting down the boat for the night, James tells Ash, “You can be quite stern when you need to be. It’s quite a turn on.” Has James forgotten about his boat-mance with Elizabeth?

Speaking of Elizabeth, the poor girl proclaims that her birthday was the worst day ever. She almost got fired and James wouldn’t even give her a bday smooch. If only she knew that her time on this yacht was about to get even worse…

Seems like Rachel has had it with Francesca. She is growing more and more impatient with Francesca’s lack of communication and poor service skills.  Here’s to hoping the beach picnic planned for the day will be the chance Francesca redeems herself in the eyes of Rachel.

In case there was any confusion at all, James is the absolute worst. He is trying his best to phase Elizabeth out, but they are on a boat…TOGETHER. You can’t just like, ghost the girl! And for the record, Elizabeth is certainly not on the same page as you, James. Homegirl thought you were gonna get married after you got off the boat!

When Francesca confronts Ash about the event, Francesca lets Ash off easily (shocking). Ash might’ve potentially screwed up everyone’s tip, but it’s FINE. No biggie that Ash LIED to the guest! Now if this was Elizabeth….the girl would have probably have to had walked the plank!  I smell favoritism.

Meanwhile, the Queen of Versailles muses that the coronavirus is made up by the Democrats in an attempt to interfere with Trump winning the election (riiight) and Rachel scrambles in the kitchen prepping for the picnic. Rachel just wants some help, but she isn’t getting what she needs. It appears as though Francesca is not doing her hair lately, so WHAT IS SHE TOO BUSY DOING instead of helping Rachel with the cooler bags so the food does not rot?? Elizabeth (of all people) comes to Rachel’s rescue and an alliance is formed between the two.

It’s hilarious that James and Elizabeth are the only two crew mates left on the boat while everyone heads off to the beach (Eddie barely counts cuz what does that guy do anymore these days??).  Elizabeth is straight throwing herself at James and James couldn’t be colder.  Bet he is excited for Elizabeth’s potential firing. Also, how ‘bout his Office moment, staring straight into the camera as Elizabeth comes on strong?

The group is en route to Stingray City and the beach picnic. Not everyone is thrilled about this excursion.  Daniel is over the travel and moans, “Dad, you can buy SeaWorld.” This kid! Maybe his dad should buy you some manners, Daniel.

Back on the boat, Elizabeth is doing a fine job of getting nothing done, yet has the nerve to ask Captain Lee is if she could go down the slide.  Can you imagine? It’s like she knew she was about to be fired, so YOLO, amiright?

Post stingray habitat, the crew has set up the picnic on the beach, but there’s one big problem. There is no ketchup and “other stuff.” Talk about some serious communication issues going on between Rachel and Francesca.  Rachel is fuming and Francesca is placing the blame on anyone else with a pulse, naturally. Luckily, Izzy takes charge and she decides to hop over to Stingray City for some ketchup (ya know, the stuff Francesca forgot to pack). #Hero!

As I watch the guests and crew make their way back on the yacht, all I can think is that Elizabeth better have gotten that ship into tip-top shape. I am fully prepared for disappointment. When Rob gets to chatting with James about the beach picnic, he claims Izzy was trying to micro-manage him.  Yep, asking him to blowup that Versace float was definitely out of line. NOT.

Good for Izzy reporting to Eddie. She should not have to take any more snarky commentary from Rob.  Izzy explains that she has had conversations with Rob regarding her new position, but she refuses to take his sh*t. Does Rob need to be reminded he JUST GOT HERE? Eddie advises Izzy to confront Rob.  He understands that being a woman in a position of power may be tough for some hard-headed people to accept, but “Izzy is an extension” of him and he will not allow it.

Captain Lee is joining the guests for dinner, or should I say the beauty pageant. Can we discuss the “Queen of Versailles’” sash? And how she crowns all the female crew members? I feel like the crown may be too tight on Elizabeth’s head because the girl is just not getting it. FOR THE LOVE. GET TO WORK. Stop “flirting” with James.

Elizabeth is making James incredibly uncomfortable. She insists he tell her about his feelings and repeatedly asks if he would travel with her after the season.  Yikes.  But Elizabeth, take a hint. Stop throwing yourself at James in the pantry. Plus, aren’t you supposed to be working?? Do you really need to give Francesca any more ammunition?

Like a bee to honey, Francesca finds Elizabeth and James and goes in hard. Here’s the thing: talking to Elizabeth is like talking to a wall, but really, there is no need to pick apart every single thing she does. There’s a right way and a wrong way to gently guide Elizabeth back to work. Granted, Elizabeth having the “what are we” conversation with James mid-shift is probably infuriating, Francesca needs to realize she must behave as a leader.

The next morning, Francesca barely opens her eyes and already has a problem with Elizabeth and her tablescape. The yacht pulls into the harbor and as they bid farewell to the crew, the primaries’ attempt to smuggle out Rachel. The tip is underwhelming to the crew and Captain Lee makes it clear that Francesca and Rachel need to have a sit-down chat. This makes me smile a little knowing that Francesca got called out for her BS.

Post crew meeting, Captain Lee talks with Francesca about the reality of removing Elizabeth and getting a new stew during this “health crisis.”  Francesca would prefer ANYTHING or ANYONE over Elizabeth and is thrilled to call Elizabeth in and give her the news. Shockingly, poor Elizabeth has no idea that this is it for her. Captain Lee makes Francesca break the bad news to Elizabeth, who appears confused that this is now her fate. Now…who is the next stew going to be?