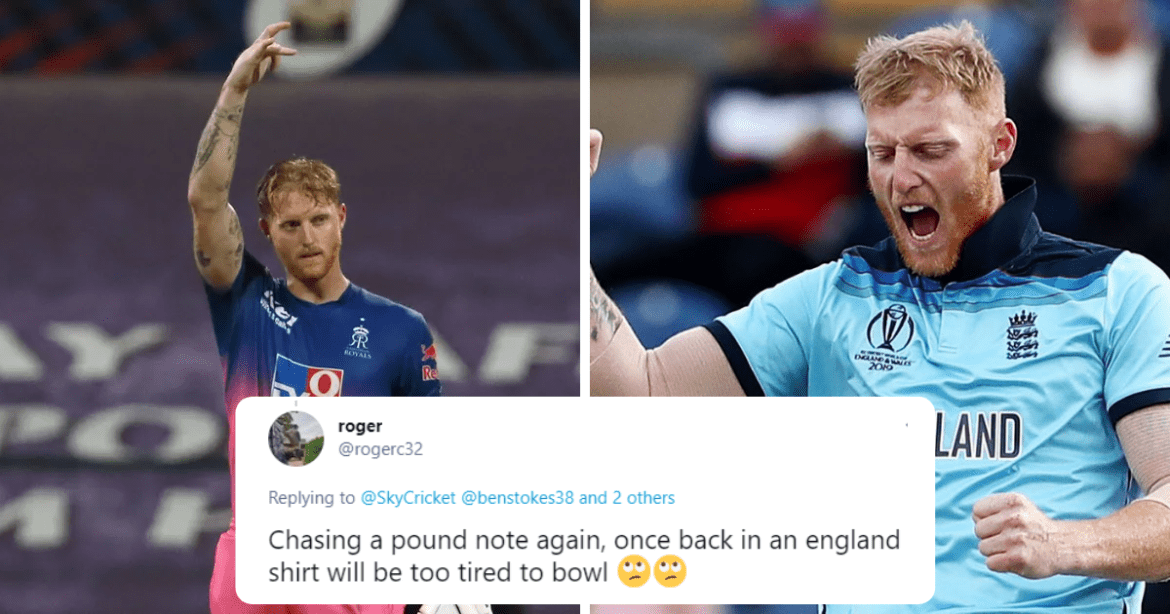 Ace England all-rounder Ben Stokes has copped significant criticisms for preferring the upcoming edition of the Indian Premier League (IPL) over international commitments with England. IPL is unarguably the biggest franchise-based T20 league in the world and this being the year of the T20 World Cup, IPL’s importance has increased further.

The cricket boards themselves see IPL as a great preparatory platform for big international contests, the players are sometimes unfairly criticised for preferring the T20 league over the national team. Ben Stokes, who was one of the finest players for his side in the recently concluded bilateral series against India, joined the Rajasthan Royals (RR) camp for IPL 2021 season.

Seeing Stokes in the RR shirt, however, a troll accused him of preferring IPL over England duty. The New Zealand-born cricketer has also hit back hard asking the troll when he has not given his 100% in England jersey.

When have I ever been to tired to bowl in a England shirt pal??? https://t.co/854pfJRDXA

Meanwhile, Rajasthan Royals, who didn’t have a good campaign in IPL 2020 in the UAE will look to come all guns blazing in IPL 2021 which will start on April 9 with defending champions Mumbai Indians locking horns with Virat Kohli-led Royal Challengers Bangalore. Speaking to Sky Sports, Ben Stokes expressed confidence in the Royals’ chances this campaign, especially looking at the sort of signings the franchise made in the auction.

“Last year was obviously disappointing. Yes, we finished bottom of the table but I think it’s not as simple as that. There were a lot of teams still vying for a play-off place towards the back-end of that competition.

“We ebbed and flowed with our performances throughout the season: we had some great ones followed by some pretty poor performances. But every year is a clean slate and we are really excited about the prospects of what we are able to do on the field this year. We’ve made some great signings in the off-season so the depth and strength we have in the squad is really good and I’m really excited about getting started,” Ben Stokes added.