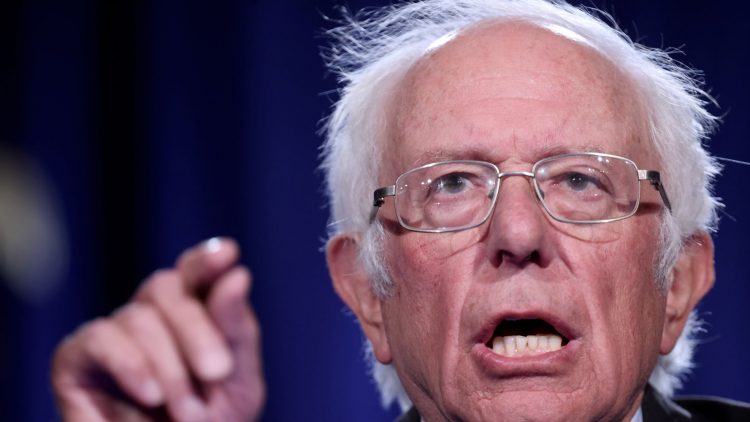 “What the president is doing right now is unbelievably cruel,” Sanders told ABC “This Week” host Jonathan Karl. “Many millions of people are losing their extended unemployment benefits. They’re going to be evicted from their apartments because the eviction moratorium is ending. We are looking at a way to get the vaccine distributed to tens of millions of people. There’s money in that bill. And this president is diddling around, and he may actually veto it.”

Given the dire straits of many Americans affected by the coronavirus, Sanders said it was imperative to distribute $2,000 checks. But he stressed that Trump actually needed to do anything.

“You can’t diddle around with the bill,” Sanders said. “Sign the bill, Mr. President, and then immediately — Monday, Tuesday — we can pass a $2,000 direct payment for the working families of this country.”

Sanders has long been a proponent of distributing more coronavirus relief money to working class citizens. He called in March for $2,000 monthly checks to be distributed as part of a $2 trillion COVID-19 relief proposal.

The senator said that he heard “not a word” of support from the White House for the bill until Trump’s sudden refusal on Tuesday to sign the COVID-19 relief package. Trump called the bipartisan bill that had taken months of negotiations a “disgrace” for offering only $600 checks.

“Suddenly, because we have an extraordinary narcissist, pathologically narcissistic [president] in the White House, he said, … ‘You know what, I’ve now decided that I’m going to jump into the game, and I want $2,000,’” Sanders said.

“The government may shut down because this was a combination of a COVID bill plus an omnibus bill, which keeps the government running,” Sanders said. “So you’re not going to have all the protections that working people need, and then on top of that, we may be looking at a government shutdown in the midst of the most difficult moment in modern American history. It is insane. It is really insane, and this president has got to do the right thing for the American people and stop worrying about his ego.”