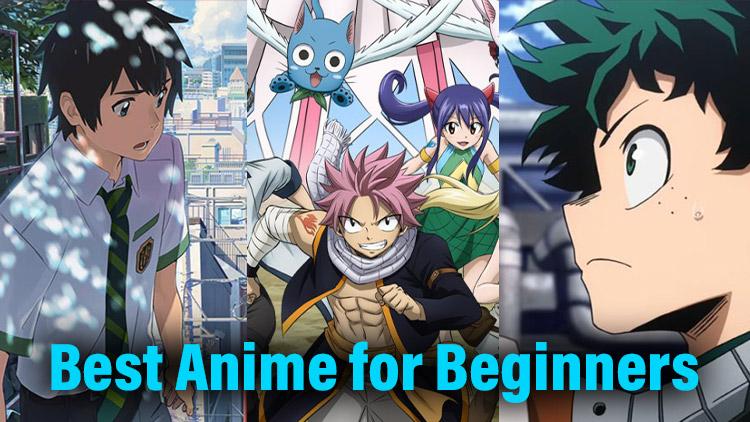 Anime’s popularity is increasing across the world, producing and distributing new shows every year. For a beginner, it might be a difficult task to find out what to watch for those who have not watched an anime.

Here, I picked out some of the very best anime series for beginners, which are popular among anime fans. Check the selected beginner anime list!

Naruto is a fun-to-watch, action-comedy anime revolving around a young ninja called Naruto Uzumaki. This is one anime where many introduce to the anime world, and yet some do miss it in the beginning.

Naruto is a young hyperactive ninja yearning to be the Hokage (leader) of his ninja village. The strongest and wisest in the ninja village can become. The story is about the journeys and challenges he faces in his life quest and some secrets of the ninja world.

The main aspect of Naruto is its beautiful English dubbing. Many anime viewers complain about English dubs and prefer Japanese with English subtitles. Yet, Naruto’s dubs are able to help new anime viewers enjoy the anime without any complaints.

Your Name is an anime movie with off-the-chart reviews with a 98% Tomato Meter. 94% Audience score in Rotten Tomatoes and 8.4 IMDb. Your Name is a fantasy rom-com by Makoto Shinkai, for all aged groups. Sharing the story of two teenagers bounded by faith or magic.

The story follows two teenagers Taki Tachibana and Mitsuha Miyamizu, where one lives in the bustling Tokyo city while the other in the rural town of Gifu Prefecture. One day, they find their bodies got temporary interchange by swapping their places. Earlier they believed this to be a dream but later they find out it’s as real as it could be. The story follows these two getting adjusted to their new life as it keeps happening often, and how their relationship progresses throughout the movie.

Kimi no Nawa has one of the most beautiful animations along with story progression and character voice acting. One can watch this movie dubbed as well.

Fairy tail is usually people’s first anime quite common as Naruto but made to this list. A fantasy-comedy anime which later becomes more than that and leaves a good impression on the viewers for a long time. As you might have missed it and exactly what you are looking for in anime as someone who has recently dived into the world of anime.

The story follows about adventures of a magic guild of the same name as the anime, Fairy Tail. The adventures of its members include Natsu, Grey, Lucy, and their little blue cat-like companion, Happy. Fairy Tail is a huge guild with many more members and a guild master which is the most famous guild among all the wizards.

This is another action-packed anime with both English dubbed and Japanese with English subtitles. Moreover, if you loved action-adventure anime like Naruto you might want to give this a try. Though they have different themes, Fairy Tail is also one of the few most comfortable anime for new viewers to watch.

Tsuki ga Kirei is a simple romance story of two Jr. High teenagers with beautiful animations. This is the only anime on the list to not have any supernatural or fantasy elements. It is a pure romance story in the ongoing daily lives of two normal students spending time with each other and with their friends.

This anime made to the list to help new viewers get a different taste to the side of anime which is generally overlooked. Tsuki ga Kirei shows – how well anime can work on romance stories.

My Hero Academia is the story of a young teenage boy Midoriya who lives in a world where people are born with superpowers. That divides their society into heroes and villains. Midoriya also aspires to be a hero but is born without any sort of power. Until a chance encounter with, ALL Might – world’s greatest superhero, got a chance to get admission in the nation’s best super high school U.A. Academy.

A superhero anime is something many viewers can connect to. Especially those of the Marvel fans, as this anime plays the same card of being a comedy. Furthermore, switching to a more serious tone when needed, much different than what Hollywood offers.

Several aspects of this anime show inspire by western-style. Which makes the anime closer to what viewers of Hollywood movies love.