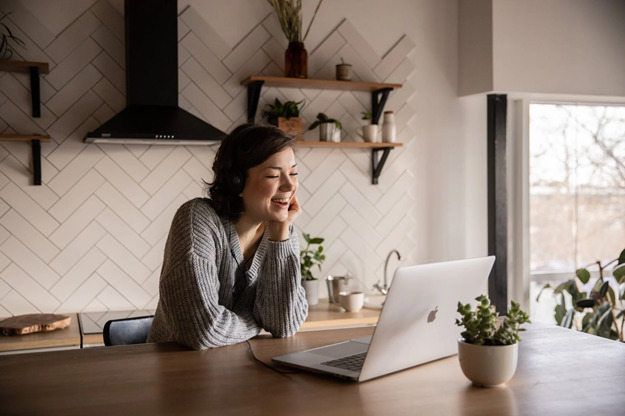 It never hurts to burst into laughter every once in a while. With the lockdown slowly starting to loosen up in a lot of places, you may not have enough time in your hands to browse through the plethora of comedy shows available out there and pick the best ones yourself.

So, to help you out and save you from the hassle, we decided to do the work for you. If you’ve been running low on that laugh juice lately, Amazon Prime has just the thing you need. In this article, we are going to be looking at some of the highest-rated comedies available on Amazon Prime right now for your binge-watching pleasure!

Speaking of binge-watching, we do recommend watching these comedies on your smart TV to be able to experience the shows with greater depth and immersion in the story. Also, make sure that your TV is properly aligned.

An incorrectly mounted TV can leave glares coming off the window and ruin your me-time. If you need a bit of help with learning how to mount a flat-screen TV, we have got you covered. Simply click on the link above and check out our handy guide! Anyway, enough with the side-tracking.

Without any further ado, let’s get started!

Directed by Michael Showalter, The Big Sick has everything a classic rom-com story should have. The light-hearted moments, the wittiness, the drama, and the perfectly-timed silences. But it doesn’t end there. What makes the movie special and one of a kind is its writers and their real-life love story the movie is inspired from.

Put on paper by Kumail Nanjiani and his wife Emily Gordon, The Big Sick is an actual story of how the couple met in Chicago while Kumail was an up-and-coming comedian and Emily studying to become a therapist.

The story features Kumail (playing a younger fictional version of himself) and Zoe Kazan (playing Emily Gordon). The plot takes an interesting twist when Kumail’s traditional parents start searching for Muslim brides to prepare their son for an arranged marriage.

Needless to say, this came to the couple as a surprise and certainly not a welcomed one. When Emily suddenly falls ill later on which leaves her in a coma, Kumail finds himself forming deep bonds with her parents.

Based on a French farce “La Cage aux Folles,” The Birdcage is a remake well-done. Directed by Mike Nichols, this American comedy was a step ahead of its time in every stretch of the imagination. Situated in South Beach, Miami, the Birdcage is a nightclub owned by Armand Goldman (played by Robin Williams), an openly-gay Jew in a relationship with Albert (played by Nathan Lane), a drag queen, and a star of the club.

Things start to take a twisted route when Val (played by Dan Futterman), Armand’s son, returns from college and announces his marriage to his schoolmate Barbara Keeley (played by Calista Flockhart). While this is good news, it is also quite a shocker since Barbara’s father Kevin (played by Gene Hackman) is an Ohioan conservative politician.

Knowing that her parents would never approve of the marriage if they came to know about Val’s parents’ true identity, she hid the same and instead claimed Mr. Goldman to be a cultural attaché for Greece and Val’s mother to be an ordinary housewife, and that their last name was Coleman.

Concurring to Barbara, Val asks Armand and Albert to pretend to be straight and hide their relationship to gain Kevin and his wife Louise’s (Dianne Wiest) acceptance. After repeated failed attempts to conceal the truth, somehow Val’s birth mother Katherine (played by Christine Baranski) mistakenly shows up to the already-disastrous dinner party and finally pops the bubble of pretend.

After a major social media backlash against the too-realistic and “creepy-looking” character design deviant and unrepresentative of the video-game counterpart revealed in the first 2019 trailer, Sonic the Hedgehog came out a perseverant winner and was an instant box-office success after the redesigning of our favorite speedy hedgehog.

Usually, when something is this fancy, you expect it to be pretentious by default. Fortunately, Funny Face is not one of such. Directed by Stanley Donen, if this bubbly light-hearted feel-good rom-com musical doesn’t make your weekend, we don’t know what will.

The story revolves around Dick Avery (played by Fred Astaire), a successful New York City-based fashion photographer, and Jo Stockton (played by Audrey Hepburn), a shy bookstore employee. Starring two of the most iconic leads of the era, Funny Face is a classic musical delight but does seem to lack depth in its narrative at times.

In pursuit of the next big fashion trend, Maggie Prescott (played by Kay Thompson), a fashion magazine publisher and editor of Quality magazine, stumbles upon an idea for a new look that blends beauty with brains.

Assisting her in this goal is Dick, as the duo search for models who can “think as well as they look.” After some brainstorming, the two come up with the idea to use a bookstore in Greenwich Village as a backdrop. Continuing his assignment, Dick happens to have accidentally clicked a photo of Jo.

While Jo despises fashion and the modeling industry, Dick thinks of her as the perfect candidate for his photography. Being an amateur philosopher, Jo wants nothing more than to visit Paris and attend the famous professor Emile Flostre’s philosophy lectures about empathicalism.

When Dick mentions Paris as a shooting location, Jo agrees to go with him in hopes to see Flostre. The whole journey sparks a lot of natural attraction between the two as they fall for one another, only to find obstacles waiting in their way. Filled with stylish visuals and pleasant melodies, Funny Face definitely deserves a spot on your watchlist.