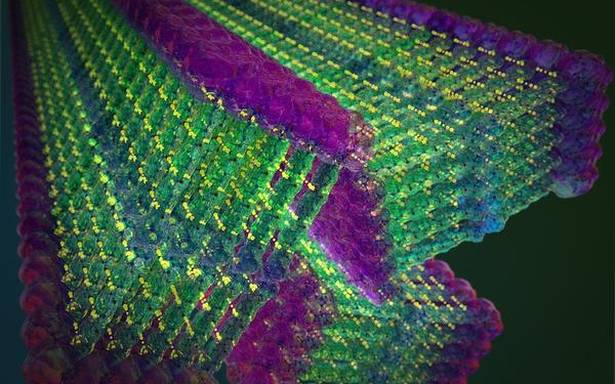 It is well known that snakes use their venom to hunt or to kill prey. However, researchers at the U.K’s Bangor University’s School of Natural Sciences have found that, in one group of spitting cobras, the venom evolves as a means of protection, from their ability to spit venom to escape from their predators. The study conducted on three different lineages of cobras showed that these snakes have the ability to spit venom to a distance of up to 2.5 metres during adverse situations.

Researchers at the Massachusetts Institute of Technology have constructed small molecules which when added with water form nanofibers. These hard and rigid molecules become so tough that they it can hold about 200 times their own weight.

Researchers have decoded the microbial diversity in sourdough (a type of bread) and studied how microbes influence the aroma and fluffiness of the bread. “By studying interactions between microbes in the sourdough microbiome that lead to cooperation and competition, we can better understand the interactions that occur between microbes more generally — and in more complex ecosystems,” says Elizabeth Landis, co-lead author of the study, in a release.

The obliquity of a planet is referred to as the angle between its equatorial plane and the orbital plane, i.e the tilt of a planet. During Saturn’s formation, its obliquity was 26.7°. But recent observations have shown that it has increased to 27°. Scientists say this tilt may have been caused due to its satellites, which are moving away much faster than what researchers had estimated before. The scientists predict that in the next few billion years, the inclination of Saturn’s axis could more than double.

This July 23, 2008 file image made available by NASA shows the planet Saturn, as seen from the Cassini spacecraft. Twenty new moons have been found around Saturn, giving the ringed planet a total of 82.

Scientists from Australia have come up with a better imaging technique that what exists now, which will now benefit researchers in a better understanding of molecular particles. “This technique allows scientists to examine cells in their natural state without previously being stained or labeled. As a result, their structure and function—and perhaps even their dynamics—can be better understood,” says Professor Brian Abbey, of the La Trobe Institute for Molecular Science, in a release.

Back to Top
Close Add post
X
Sustainable Fabrics Reducing The Impact Of Microplastics On The Planet…SciencePlastic is everywhere. Ever since mass production of plastics spiked in 1950 it has only been rising, and now it is in everything around us. At this v…

X
Worrisome New Coronavirus Strains Are Emerging. Why Now?…Science“That suggests there’s an advantage to these mutations,” says Stephen Golstein, an evolutionary virologist who studies coronaviruses at the University…
close