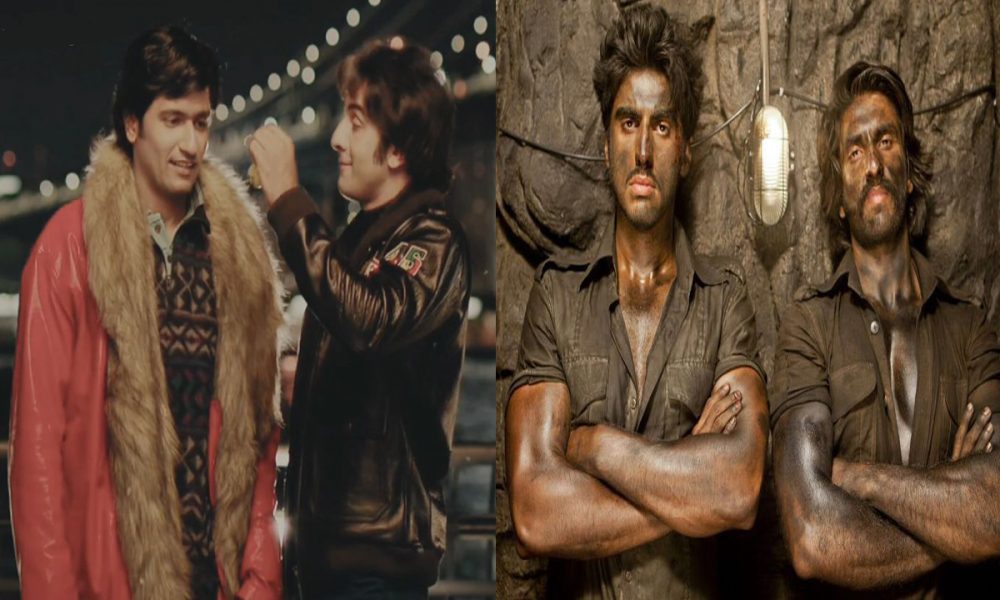 Friends are the family we ourselves stumble upon and make a choice to be with. Throughout Indian cinema, there have been many bonds we witnessed on the screen that was the epitome of friendship. Be it Jai and Veeru from Sholay, Munna and Circut from the Munna Bhai franchise and Kishan and Bishan from Yaarana.

However, there have been multiple movie characters in today’s time as well that have redefined what friendship means.

Is your friendship like Bunny and Avi? #RT if you agree. pic.twitter.com/1YwsjjWGi4

Ranbir Kapoor and Aditya Roy Kapur essayed the role of Bunny and Avi in Yeh Jawaani Hai Deewani. They have been friends ever since school and promise to stay together till the end of time until one of them realises growing up means changing one’s priorities. They drift apart but manage to be there for each other in the end.

Not only the plot, but even the dialogues create a great impact on you..✨

The film ‘Sonu Ke Titu Ki Sweety’ also gave us one of the most iconic friendship songs titled ‘Tera Yaar Hu Main’ voiced by Arijit Singh. The comedy film followed the tale of two friends Sonu (Kartik Aaryan) and Titu (Sunny Singh) and how one’s overprotective nature tries to keep the other out of trouble.

One of the most unique bond to have ever been portrayed on screen. Murad (Ranveer Singh) is a person with hopes and dreams of making it big in the world of rap. MC Sher (Siddhanth Chaturvedi) discovers his true potential and gives him his utmost support without fearing that his success will surpass his own.

Did you love our Gunday? pic.twitter.com/LOLjkbA4UN

Bikram and Bala’s screen presence in the film Gunday is wholesome. When there was no one, they had each other since the days they were merely kids. Another thing that made their bond so great is that Ranveer Singh and Arjun Kapoor are really close friends even off screens.

In the film, Kamli is there for Sanju through thick and thin. He helps him fight his addiction and never fails to make him realise that he can be a better person. Both Vicky Kaushal and Ranbir Kapoor were the talk of the town after the film released owing to their mind-blowing onscreen bond.