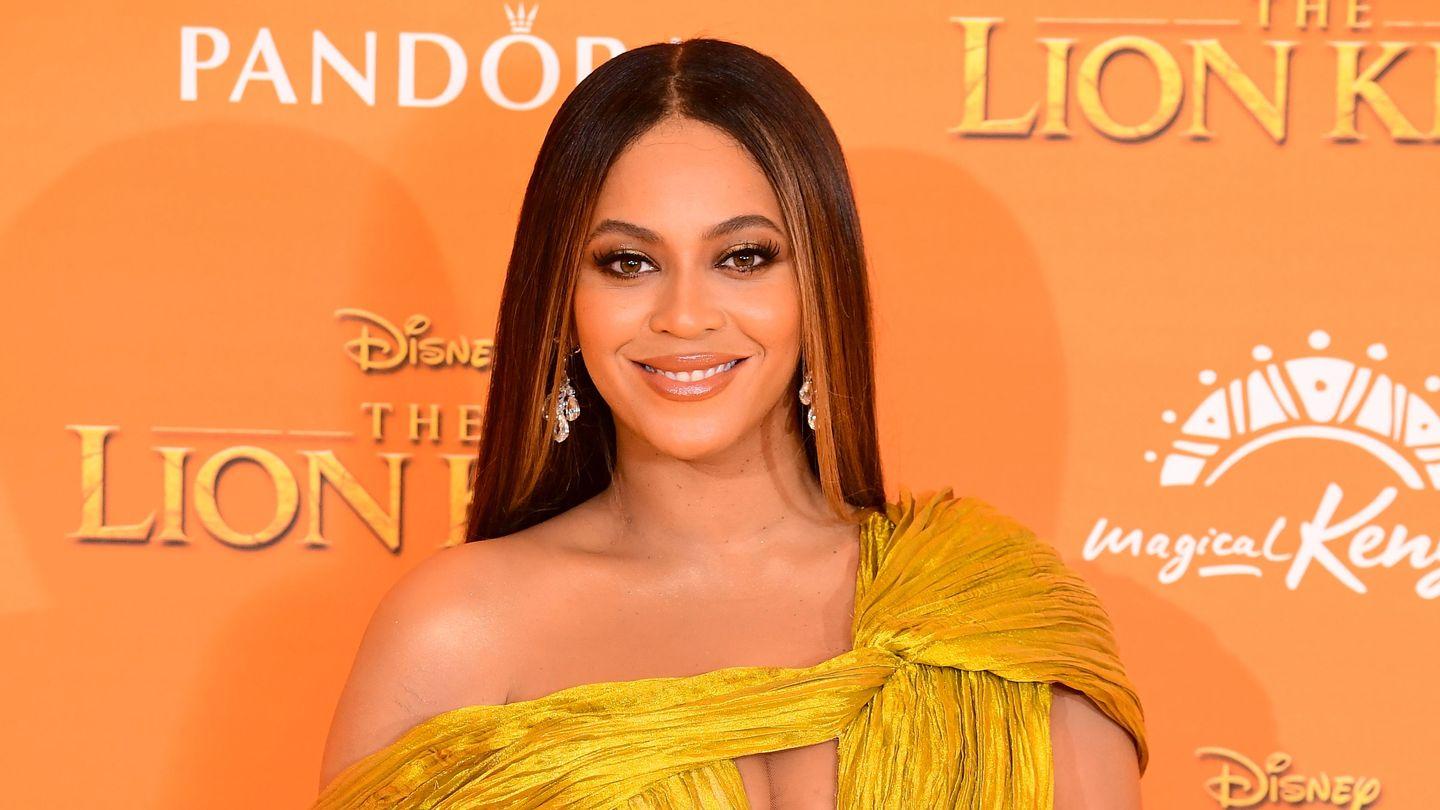 After releasing her latest collaboration with sportswear titan Adidas over the weekend — Ivy Park’s already sold out collection of emerald tracksuits, taupe cropped hoodies, and neon bodysuits — Beyoncé returned on Monday (November 2) to remind fans which drop is most important right now. And this time, she’s wearing Balmain.

The singer took to Instagram on Monday to show her support for Democratic presidential candidate, former Vice President Joe Biden, and his running mate, Senator Kamala Harris. Wearing a monochromatic printed top in an image posted to her feed, she tipped her matching hat just so to flaunt an “I Voted!” sticker sticking to its rim. Over her chin, she wore a protective Biden-Harris mask that showed her party affiliation.

“Come thru, Texas! #vote 😘,” the 39-year-old pop star wrote in a caption. The brief text was a call to those in the Dallas-born singer’s home state, one of a number of crucial swing states along with Pennsylvania and Michigan that could decide the outcome of the election. Because, though she is the queen, this is a democracy, honey!

She followed up the post with a graphic reading, “The most important drop is at the ballot box.” Dotted with Ivy Park and Adidas branding, and drawing upon colors from her latest collection, the design served as a reminder for fans to get to the polls by Election Day, as well as a cheeky nod to the coveted weekend release.

Last week, Beyoncé was revealed to be the cover star for the December 2020 issue of British Vogue, appearing in several photos shot by 21-year-old photographer Kennedi Carter, the youngest to shoot a cover for the magazine in its 104-year history. In the feature story, she revealed how the ongoing coronavirus pandemic has affected her. The issue hits newsstands on Friday (November 6).

“It would be difficult to experience life in a pandemic and the current social unrest and not be changed. I have learnt that my voice is clearer when I am still,” she told the magazine. “I truly cherish this time with my family, and my new goal is to slow down and shed stressful things from my life. I came into the music industry at 15 years old and grew up with the world watching, and I have put out projects non-stop.”

Read More:  Keke Palmer Opens VMAs With Empowering Speech: 'It's Our Time To Be The Change'