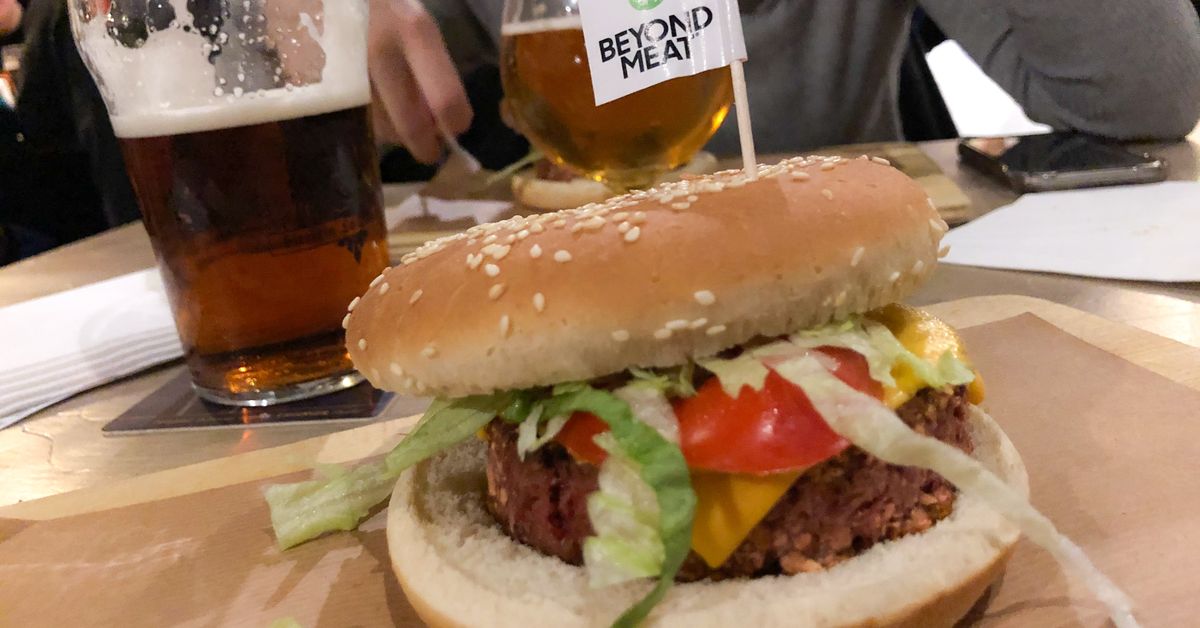 Plant-based meat got another big corporate ally on Tuesday: Pepsi.

The soda giant announced that it was forming The PLANeT Partnership with Beyond Meat, one of the world’s largest plant-based meat manufacturers, to “develop, produce and market snacks and beverages made from plant-based protein — bringing together Beyond Meat’s innovation expertise with PepsiCo’s marketing and commercial capabilities.”

PepsiCo is the third-largest food company in the world per Forbes’s composite measure, after Nestlé and alcohol giant Anheuser-Busch InBev. In addition to soft drinks, PepsiCo has considerable holdings in snack food, including its Frito-Lay division (which includes Doritos, Cheetos, and Tostitos) and Quaker Foods (Quaker Oats, Cap’n Crunch, Aunt Jemima, etc.). It also owns Naked Juice, which produces high-protein smoothies that could be a natural point for collaboration with Beyond.

Perhaps the largest likely collaboration, though, is on snacks. Beyond and its competitors like Impossible Foods owe much of their growth to collaborations with established fast food companies. Impossible’s “Impossible Whopper” at Burger King and Beyond’s successful partnership with Del Taco arguably set off the surge back in 2019, following early trials at smaller chains like White Castle and Carl’s Jr. By early 2020, as my colleague Sigal Samuel tallied, Beyond was available everywhere from Subway to Dunkin’, with Impossible at the Cheesecake Factory, Applebee’s, and Qdoba.

You can buy Impossible and Beyond at supermarkets too, but the restaurant rollouts offered a useful PR strategy for the companies. Each new partnership was an occasion for an announcement and burst of press coverage and awareness-raising. Regional brand partnerships could get into local news stations and newspapers and reach new markets more effectively than just stocking the products at local grocery stores.

Collaborating on snack foods is a kind of middle way between restaurant rollouts and grocery stores. Doritos and Lay’s are obviously not confined to any particular restaurant chain. But staggered announcements of new snacks and snack flavors have a similar PR benefit to the restaurant-based rollouts. So far, Pepsi and Beyond haven’t teased any potential snack collaborations, so we’ll have to wait and see what they develop.

The partnership is also striking because Beyond and Impossible are increasingly cross-pressured by incumbent food companies. The chicken giants Perdue and Tyson, as well as international behemoth Nestlé, are investing heavily in plant-based meat on their own, as Brian Kateman has written at Vox. Nestlé is investing in particular in China, a potentially gigantic market for plant-based meat and a country where plant-based meat substitutes have literally centuries of history.

PepsiCo’s decision to partner with Beyond rather than strike out on its own or work with another food giant suggests that Beyond and Impossible, both multibillion-dollar companies but relative upstarts compared to Pepsi and Nestlé, remain competitive and a few steps ahead of their larger rivals.

Some market analysts remain skeptical; JPMorgan’s Ken Goldman said in a client note, “Is there a huge, uncounted population clamoring for vegan Doritos? Probably not, in our opinion.” He may be right, but the two companies could be more ambitious than just vegan Doritos and make snacks that have been largely neglected by plant-based meat producers, like beef jerky or pork rinds. Goldman also expressed doubt that the large percent spike in Beyond Meat shares was justified by the announcement (the company finished Tuesday up nearly 18 percent from its Monday close). Teresa Rivas at Barrons argued the stock rise was partly the result of activist retail investors getting into the stock, the same way they’ve been boosting GameStop and other consumer brands this week.

It’s hard to argue, though, that this isn’t a significant win for Beyond, even if not an 18 percent win.