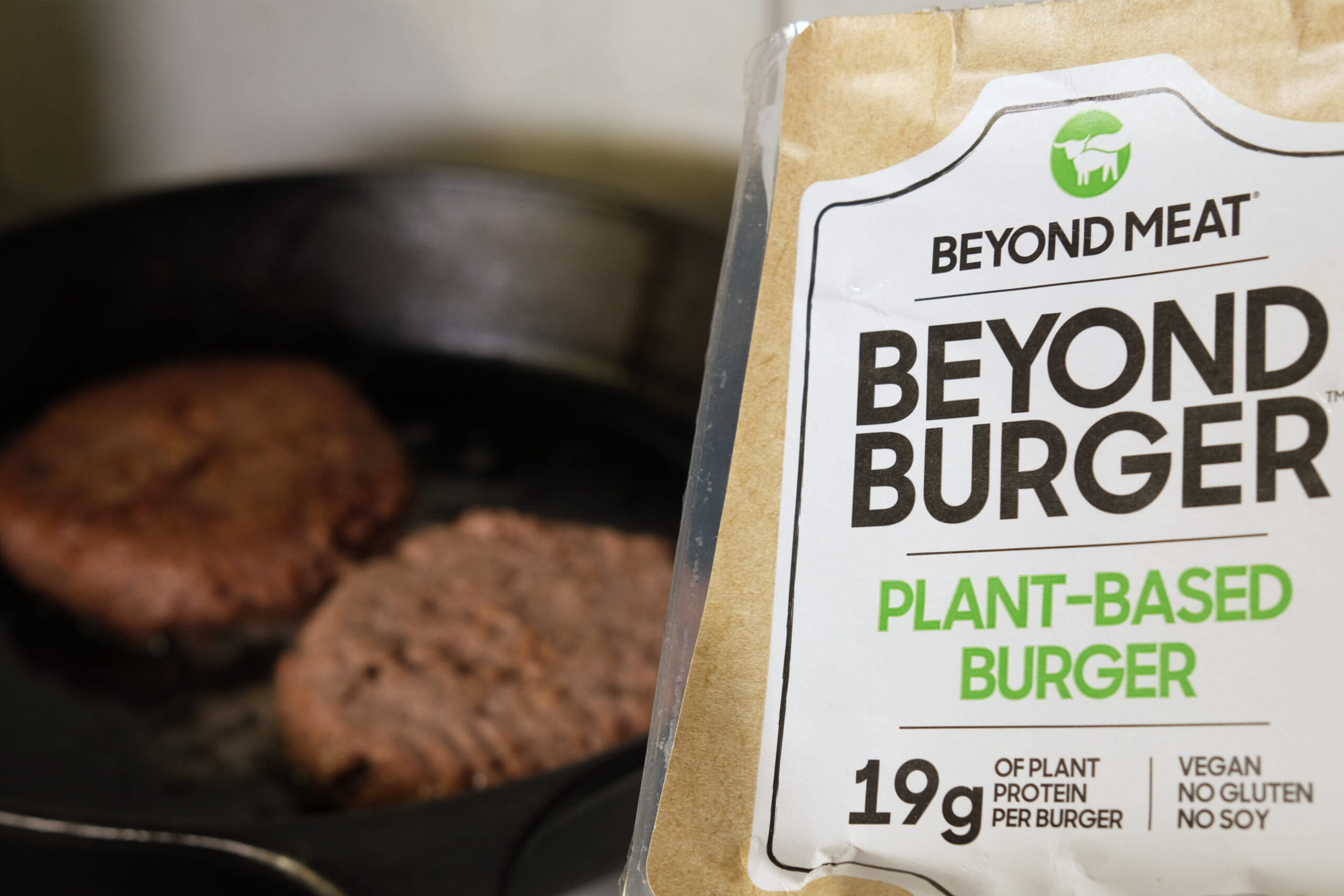 Patties of Beyond Meat Inc.’s plant-based burger Beyond Burger are cooked on a skillet.

Beyond Meat and PepsiCo announced Tuesday that they’ve formed a joint venture to create, produce and market snacks and drinks with plant-based substitutes.

Shares of Beyond jumped more than 27% in premarket trading on the news, while Pepsi’s stock rose about 1%.

The partnership gives Beyond, a relative newcomer to the food world, a chance to leverage Pepsi’s production and marketing expertise for new products. For its part, Pepsi can deepen its investment in plant-based categories, which are growing increasingly crowded, while working with one of the top creators of meat substitutes.

Beyond Meat controls about 13% of the meat alternatives category in the U.S., according to estimates from Jefferies.

“PepsiCo represents the ideal partner for us in this exciting endeavor, one of global reach and importance,” Beyond Meat CEO Ethan Brown said in a statement.

Operations will be managed through a limited liability corporation called The PLANeT Partnership. Financial terms were not disclosed.

The partnership also helps Pepsi work toward its sustainability goals. Last year, the company signed the United Nations’ pledge, committing to set science-based emissions reduction targets. A 2019 report from the UN found that the food system contributes to 37% of greenhouse-gas emissions. In recent years, Pepsi also has been trying to cut down the amount of sugar in its products and add healthier snacks and drinks to its portfolio.

Shares of PepsiCo are roughly flat over the last year, giving it a market value of $196 billion. The food and beverage giant has seen higher sales during the pandemic, thanks to consumer stockpiling and less exposure to away-from-home occasions than its rival Coca-Cola.

As of Monday’s close, Beyond’s stock has risen more than 32% in the last year, despite the blow to its business by the coronavirus pandemic, which hurt its sales to restaurants. The company has a market value of $9.95 billion.