Bhabiji Ghar Par Hain: ‘Saumya Tandon had left the show a year back and people are expecting some artist to take her place,’ says Nehha Pendse [Exclusive] | Bollywood Life 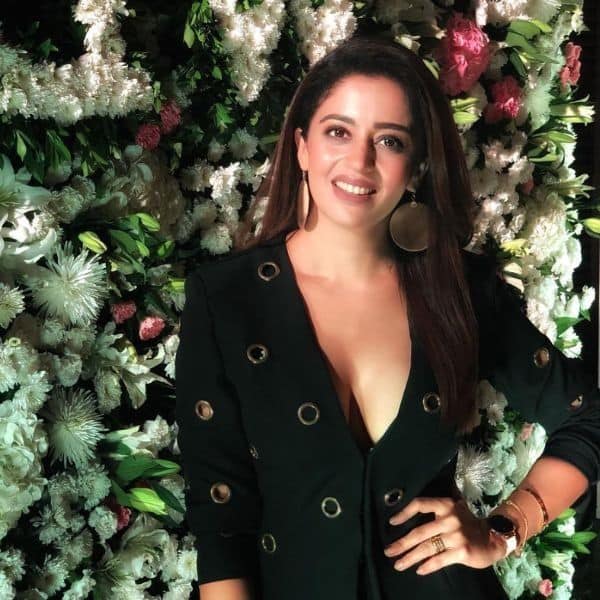 Bhabiji Ghar Par Hain has been one of the most loved comedy shows and Nehha Pendse has joint the cast as Anita Vibhuti Mishra now. She has replaced Saumya Tandon who earlier played the role. Nehha Pendse in an exclusive interview with BollywoodLife spoke about replacing Saumya Tandon. The Bigg Boss 12 contestant spoke about having a bit of pressure while deciding on to accept the role. She said, “There is always a little pressure or apprehension while you are going to replace someone because the artist who earlier played the role has made a place in the hearts of people. So that is always a very challenging thing. But I think the fact that Saumya Tandon had left the show almost a year back and people are expecting some artist to take her place is kind of making my life a kind of easy.” Also Read – Bhabiji Ghar Par Hain: THIS Ajay Devgn costar to step into the shoes of Saumya Tandon to play Anita

“The problem of acceptance happens when the artist is changed overnight and there is a certain breach of trust happening with the audience. But here I think people are waiting for some artist to take the place so I think it won’t be that difficult with what I am assuming, “she added. Nehha Pendse also said that she will not be copying Saumya Tandon’s style but will add her own element while she will perform. Nehha shared, “I am not Saumya Tandon. I am Nehha Pendse who will be playing Anita bhabhi’s role. So I will bring what Nehha Pendse can bring to the character. I am not going to copy anyone or imitate anyone. I am going to play Anita Bhabhi and not Saumya Tandon. I will do what is expected out of Anita Mishra. Nehha Pendse also said that she is ready to take on any comparisons that come. She shared, “I have to be ready for comparisons. Any artist who is accepting to replace another artist has to first accept that negativity is going to come, the comparison is going to come. And the only reason you are replacing an artist is that you have a kind of absolute faith that you can bring some justice to the character. Nehha Pendse also said that she has met her co-stars Aasif Sheikh, Rohitash Gaud, and Shubhangi Atre. Also Read – Bhabiji Ghar Par Hain: When Shilpa Shinde called Shubhangi Atre ‘A Good Copy Cat’ on Angoori’s portrayal

She revealed, “I have met all of them and infact I met them when we were at a different event together. I have a very great chemistry with all of them. I think that is a very good and positive sign so it is like meeting and working with people you already know. One of the main reasons I am doing the show is because I am comfortable with the whole set-up. “ Nehha Pendse celebrated her first wedding anniversary with Shardul Bayas on January 5. She shared, “It was very nice. We had a nice and quiet get-together that night. Ek saal kaise chala gaya pata hi nahi chala. It was a beautiful time we spent with our family and friends. It was a very intimate event because I am a very personal person and I don’t like to go all out about my life. It was just perfect in its own way. “ Also Read – ‘I don’t want to bind myself in a stereotype,’ says Bhabiji Ghar Par Hain actress Shubhangi Atre