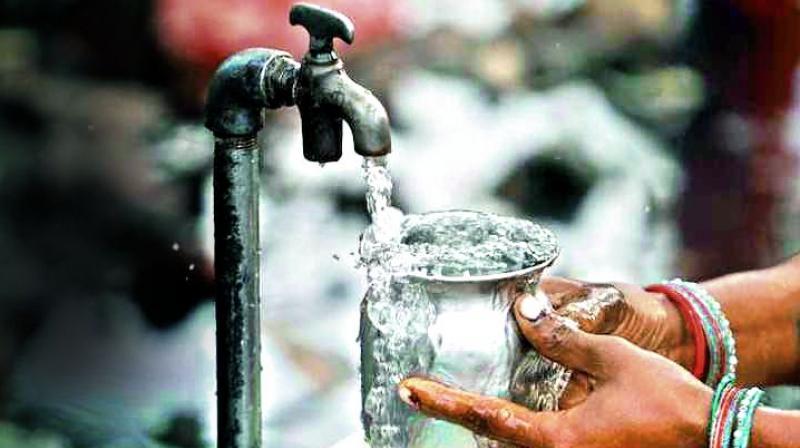 RWSS department engineer-in-chief Krupakar Reddy said that the government has taken up Mission Bhagiratha with an aim to supply safe drinking water to people.

He said, “thousands of households across the state are receiving safe drinking water under the project. Now, we have decided that the same water would be used by government officials and stop spending public money on purchase of bottled waters like Bisleri and Kinley.”

He further said, “we have noticed that governments office are purchasing 200 to 250 bottles of 250 ML each day, at a cost of Rs 6 apiece. We have decided to start supplying Bhagiratha water in bottles as a pilot project from our office. We can later extend it to other wings of government.”

He explained that initially the department will set up small bottling units, which would cost around Rs 2 lakh, for bottling water into 250 ML bottles. The pilot project will commence in next two months.

Explaining the future plans of supplying Bhagiratha water to government offices, the ENC said that the pilot bottling would be setup at Singur reservoir near Sangareddy town. He said RWSS department also has a plan to sell water bottles in commercial market.