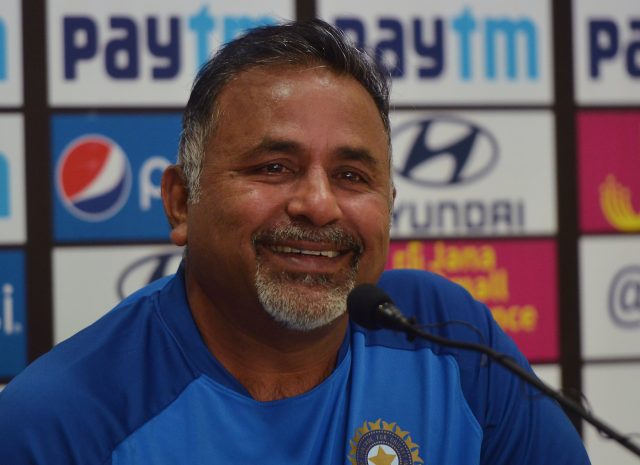 Indian bowling coach Bharat Arun has commented on the different captaincy styles of Virat Kohli and Ajinkya Rahane. Kohli will return back as captain to lead the Indian team in the four-match Test series against England starting from February 05. Meanwhile, Rahane led India in the final three Tests in Australia and won the series 2-1 and thereby retaining the Border-Gavaskar trophy.

Speaking to Ravichandran Ashwin on his Youtube channel, the Indian bowling coach pointed out the various differences between the captaincy styles of Rahane and Kohli.

“When it comes to Ajinkya, he is a calm person. Rahane might look calm from the outside but there is a steely nerve in him. He backs players and looks calm and even if a bowler goes wrong, he might not be scared of the captain. He knows that he will be backed” said the Indian bowling coach.

After Rahane, he opined on Virat Kohli’s captaincy and how it is different from that of Rahane’s.

“With Virat Kohli, if you bowl two bad balls, it might look like he will get angry, but that’s just his energy. Ajinkya brings the calmness, of course, even if he buys-in the plan, he makes sure he executes it to the T,” Arun explained.

Speaking about the biggest learning from the Border-Gavaskar trophy, Arun said that it’s important to let the players express themselves and not impose ideas on them.

India will host England next for a full-fledged series. England will tour India between February 5 to March 28 for four Tests, five T20Is and three ODIs. Chennai will host the first two Tests. The final two Tests will be played at the newly built stadium in Ahmedabad. Ahmedabad will host the T20I series followed by Pune for the ODI series.