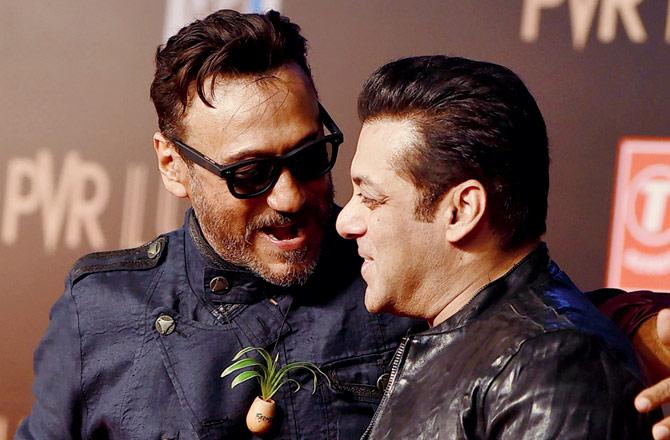 His slate of films is testimony that Jackie Shroff can shine in dramatic films and comedy ventures in equal measure. After playing an inspiring father to Salman Khan’s Bharat in the film by the same name, mid-day has it that he will play a quirky cop in the upcoming offering, Radhe: Your Most Wanted Bhai. A source tells mid-day, “Jackie plays a senior police officer. His character is interesting, and quirky.

While Jackie has played the role of a police officer in the past, this time around, he will approach the part in a light-hearted way. Salman will be seen taking instructions from Jackie in the film. The duo shares a close bond, and a sense of understanding was evident between them during the shoot.”

While parts of the film were shot post the pandemic, it worked in Shroff’s favour that a major chunk of his portion was filmed before it. “This time, he had only four days of shoot left, and Salman was cautious when shooting resumed. He was concerned about Jackie, and ensured that his portions were wrapped up at the earliest. Jackie’s scenes were shot in a confined space in a Karjat studio, and at Mehboob Studios.”

Directed by Prabhudeva, the film also stars Disha Patani, Randeep Hooda, and Zarina Wahab in important roles. It also marks the acting debut of singer Arjun Kanungo. mid-day reached out to Khan’s team to confirm the development, but didn’t receive a response till press time.