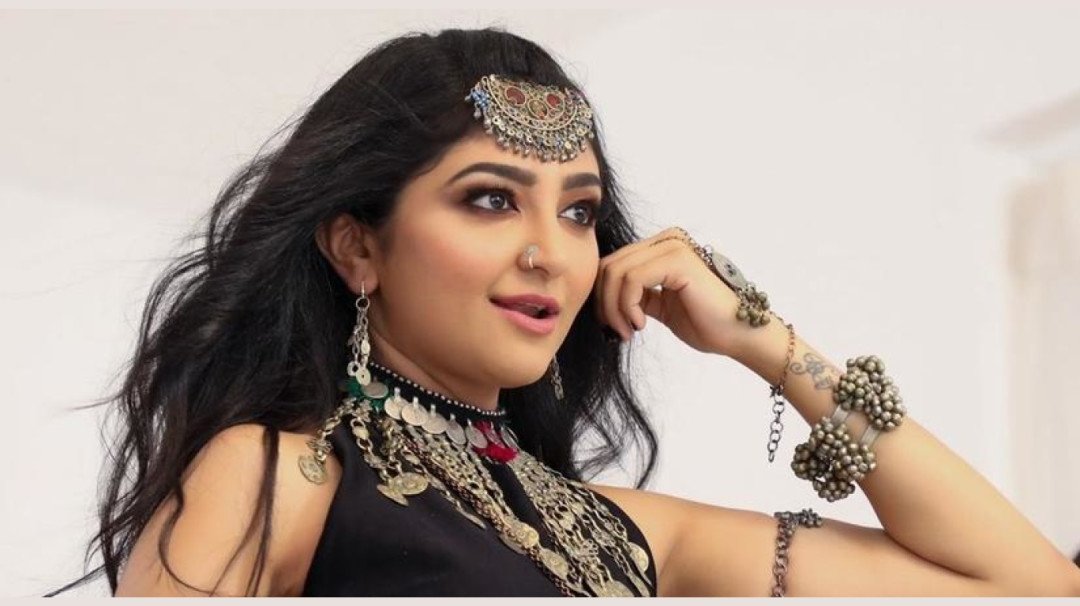 Trinity Studios, launches Tu Lakh Nu Hilade on Thursday afternoon amidst informal meet and greet with the press in Mumbai.

The Song is sung by popular diva Bhoomi Trivedi, who is known for her fast numbers like Ram chahe leela chahe, has belted this number with a lot of oomph and glamour. With vibrant vocals of Bhoomi and rocking picturisation, this fast pacey music video will turn out to be the Party Anthem for 2021. The video has a different combo of Punjabi flavour, Haryanvi rap and Arabic tunes as well. The lyrics in Punjabi, English, Hindi, & Haryanvi mash-up are unique.

The Song features Soniya Singh, who is the dancing sensation and model from Ahmedabad. Soniya has done music albums earlier and is on the verge of making her debut as Actress and Producer in Films and Web series. The Video also features Tarun Nihalani, who is a TV reality dance show winner. The video has a cameo done by actress Gurmeet Kaur Sidhu, who has earlier acted in Punjabi film and music videos.

The video is directed by Jasmeen Oza who is a famous choreographer and debuting as a Video Director. Jasmeen has done several music videos and commercials as a Choreographer.

The theme of ‘Tu Lakh Nu Hilade’, is that when routine monotonous life and characters trigger your fantasies, it propels you to a world of dreams and aspirations, however when you are back to reality there is disillusionment, but the video has an interesting twist in the climax. Tu Lakh Nu Hilade is crooned by extremely talented Bhoomi Trivedi. The video is streaming on Zee Music Company YouTube Channel.