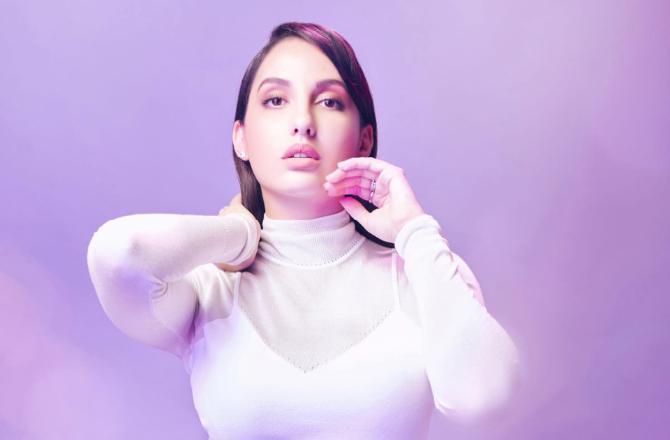 Slipping into the character of a spy in the ensemble cast of Ajay Devgn, Sanjay Dutt, Sonakshi Sinha amongst others, Nora Fatehi essays a pivotal character to the story, for which the actress had been prepping hard.

Recently filming her first sequence for the film, Nora Fatehi shot an emotionally draining and demanding sequence with the veteran actor Sanjay Dutt.

While the details of the scene are kept under the wraps, the scene is a heart-tugging patriotic sequence which was amongst the firsts for Nora Fatehi. She impressed everyone especially Sanjay Dutt sir with her acting ability and performance.

With back to back interesting projects, Nora Fatehi has got the audience excited to witness her in an all-new avatar.

Also Read: Bhuj: The Pride Of India – Sonakshi Sinha’s First Look From The Film Is Out!